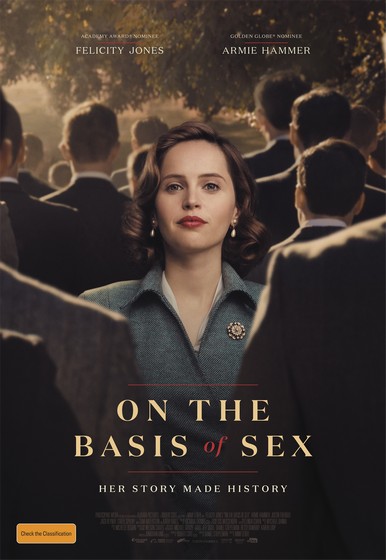 Felicity Jones and Armie Hammer star in On the Basis of Sex, the inspiring true story of a young Ruth Bader Ginsburg, a passionate lawyer who dedicates herself to ending gender discrimination when she takes on a ground-breaking case in 1975. At the heart of Ruth’s journey is a moving romance with her husband Marty (Hammer), her greatest ally in a partnership built on love and equality. Now an Associate Justice of the U.S. Supreme Court, Ruth has become an international icon. See where her story began in this stirring, heartfelt drama.

Star of On the Basis of Sex, Felicity Jones, is no stranger to biopics. In 2015, she was Oscar-nominated for which biopic about physicist Stephen Hawking?