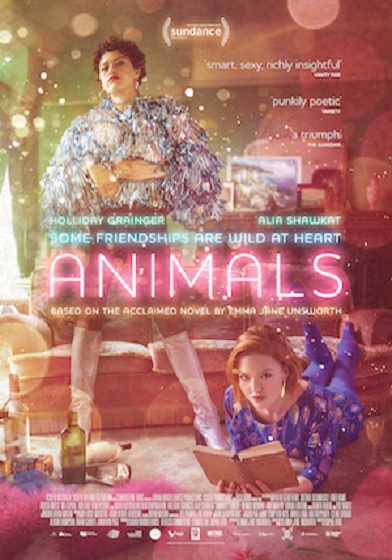 We have 5 double in-season passes thanks to Bonsai Films.

From 52 Tuesdays director Sophie Hyde comes Animals, starring Holliday Grainger (Patrick Melrose, Anna Karenina) and Alia Shawkat (Arrested Development, Transparent).
Grainer and Shawkat are Laura and Tyler, flatmates and best friends for 10 years.  After a decade of partying, their friendship is strained when Laura falls in love. But what is really stopping her from fulfilling her dreams? The hit of the Sundance 2019 Film Festival, Animals is an intimate, funny and bittersweet examination of the challenges of turning talent into action, and being a modern woman, with faults, longings and competing desires.

PLEASE NOTE: Animals is not screening in Brisbane

Prior to Animals, star Holliday Grainger has been something of a fixture in period movies. In 2017, she appeared in which “florid” Justin Chadwick film which also starred Alicia Vikander?