Omar Sy (The Intouchables) charms as the world’s greatest, most understanding dad in Two is a Family. He’s aided by the equally effervescent Gloria Coulson, who makes her feature film debut. 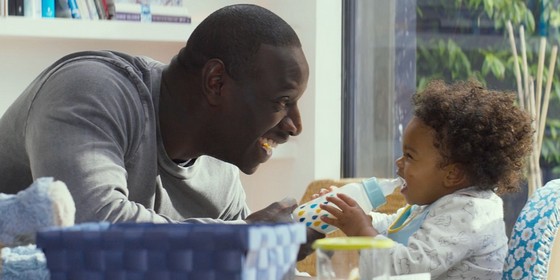 Samuel (Sy) enjoys a hedonistic lifestyle on the sun-drenched beaches of the French Riviera, where he uses his boss’ boat for his own pleasure. Life is grand – until one day a former lover Kristin (Clémence Poésy) arrives out of nowhere. She deposits the result of their tryst – an infant daughter named Gloria – into his care … then walks away. Incapable of looking after a baby, Samuel rushes to the UK in an attempt to return the child to her mother, but without luck. Thus, he’s forced to bring up the daughter he never knew he wanted, but he soon realises he can’t live without.

Co-writer and director Hugo Gélin’s bona fide crowd-pleaser not only stormed France’s Christmas holiday season, but became the most popular French-language film of 2017 worldwide. Now, Australians finally get a chance to see it. The story may be the stuff of pure fantasy; but who doesn’t like a movie with heart, even if it is wantonly manipulative?

Admittedly, not all of it makes sense. For instance, you’re expected to accept that a mother who is having a hard time just dumps her newborn in another country with a party guy she had a one-night stand with. Not so much as an email from her for eight years and then she turns up without any explanation? That’s not even taking into consideration her daughter’s willingness to forgive.

Still, the unmistakable bond between dad and daughter carries the day. It’s almost as if the rest is merely a shell to house their collective journey. I dare say Two is a Family will win no shortage of admirers in Australia, just like it has elsewhere. If sentiment is what you’re looking for, you’ve come to the right place.