Massive wealth is hidden to thwart gold diggers in pursuit of true love in the captivating comedy Thoroughly Modern Millie. A second narrative thread concerns a ruthless hotelier who cashes in on vulnerable young women looking to become actresses. The Production Company has done an outstanding job bringing to life the subterfuge and hijinks, ensuring this lively show is a delight from start to finish. The musical is set at the height of the jazz age, the roaring 20s. 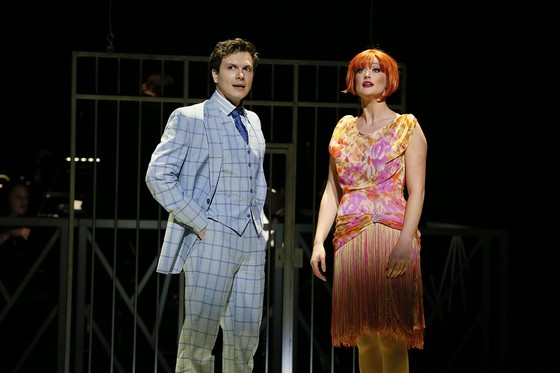 A small-town girl, Millie Dillmount from Kansas, arrives in New York City ready to make her dreams come true. Her plan is simple: find a job and marry the boss, but her first experience in the Big Apple is enough to make one turn tail and run as she is ripped off. Not knowing anyone and in an endeavour to find a solution to her predicament, she deliberately trips up a stranger. Indignant, he directs her to a nickel-and-dime establishment where little does anyone realise that the conniving landlady operates a white slavery racket. Despite her earlier setback, Dillmount quickly befriends a new actress from California, Dorothy Brown – who is not who she purports to be – and delights in the flapper lifestyle.

Based upon the Academy Award-winning 1967 film of the same name, it is not hard to see why Thoroughly Modern Millie became the most awarded new show on Broadway in 2002. Now The Production Company wows with an unforgettable entertainment experience.

Directed by Chris Parker, with musical direction from Peter Casey and choreography by Christopher Horsey, the 27-strong cast and The Production Company orchestra are a force to be reckoned with. With big, rich and rounded voices from a remarkable talent pool, wonderful dance numbers and sensational costumes (Isaac Lummis is costume designer), Thoroughly Modern Millie is compulsive viewing.

Vivacious Annie Aitken – a VCA 2014 Music Theatre graduate – is astoundingly good in the lead, bursting with vitality and positively joyful. With a twinkle in her eyes, the incomparable Marina Prior has a wonderful time as the manipulative Mrs Meers. Operatic Claire Lyon is flawless as Dillmount’s best friend Dorothy Brown. Queenie Van De Zandt knocks it out of the park as the pragmatic Muzzy Van Hossmere (stepmother of the two children trying to disguise their true station in life). 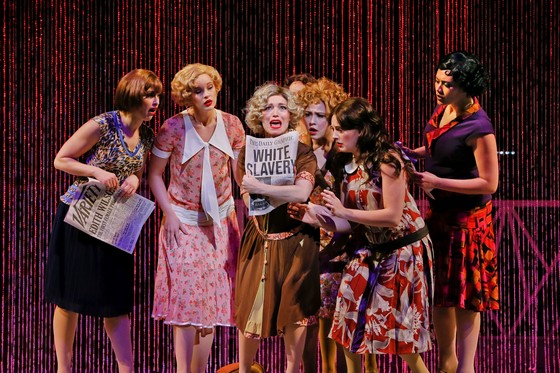 Nigel Huckle beautifully transitions his character Jimmy Smith from his first meeting with Dillmount, while Adam-Jon Fiorentino has fun with his role as Dillmount’s boss, Trevor Graydon. The two “Chinamen”, Keith Brockett and Jonathan Chan, as brothers Ching Ho and Bun Foo, give us much amusement as Mrs Meers’ henchmen. I know there has been controversy ever since the musical first opened about its so-called racial stereotyping, but I see it as satire and anti-racist. Finally, among the leads, Angela Scundi delights when she throws off the shackles as the curmudgeonly head stenographer at the firm – Sincere Trust – where Dillmount works.

I was totally enchanted by Thoroughly Modern Millie. I couldn’t get enough of it. It was simply superb. Make sure you act now and get along because it is only playing at the State Theatre at Arts Centre Melbourne until 11 August 2019.