Denzel Washington has certainly starred in his fair share of remakes; with Man on Fire, The Manchurian Candidate, The Taking of Pelham 1-2-3 and The Magnificent Seven to name a few. But in his storied career he’s never appeared in a sequel – until now. The Equalizer 2 is, of course, a follow-up to his 2014 film. It was itself a reboot of the popular television series, created by Michael Sloan. The series starred Edward Woodward as Robert McCall, a former CIA agent trying to atone for his past deeds. He delivered justice to the oppressed and those hapless victims who are unable to find any other recourse through the authorities. 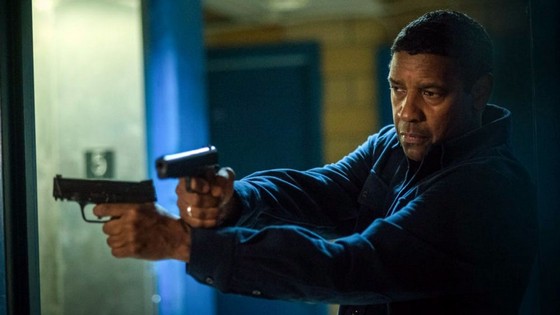 Whereas Woodward’s McCall used his brains rather than brawn to solve problems, Washington’s take on the character is much different. He’s an unstoppable force; a lethal weapon who uses his unique skill set to settle scores.  He leaves behind a trail of battered, bruised and broken bodies and a high body count. When the film opens, he is working as a driver for the drive-service Lyft, which allows him to meet people who need his help.

There are several scenes in which we see how McCall works his way through some violent confrontations. We get an early reminder of his lethal efficiency when he takes down a bunch of entitled yuppie businessmen who have drugged and abused a call girl in their hotel suite. But along with a form of rough justice he also delivers some strong moral values. This is seen in the subplot in which McCall takes a paternal interest in Miles (Ashton Sanders), a streetwise aspiring artist who is desperate to put food on his table. When Miles seems about to join a drug dealing street gang, McCall steps in.

But the real plot kicks in when McCall’s friend Susan Plummer (Melissa Leo) is brutally beaten and killed in a Brussels hotel while investigating a suspicious murder/suicide. McCall turns to Dave Young (Pablo Pascal), a former colleague who shares his dark past. But the truth is far more complicated, and there is a massive conspiracy at work that somehow links back to McCall’s own secret past. The threat is even closer to home than McCall realises. It all leads to a bloody showdown in a small coastal town in the middle of a fierce hurricane. McCall uses his lethal skills and genius for improvising weapons in a well-staged climax. However it’s not quite as inventive as the brutal showdown in a Bunnings-style hardware warehouse that brought the previous film to a close. There are several hand-to-hand combat scenes, but the fight choreography isn’t as tight as in the original either.

The Equalizer 2 also takes the series even further away from the original television concept, but it will appeal to action junkies. However, the villains here are little more than cliched, one-dimensional types about whom we learn little. And if you can’t guess the identity of the main villain before the mid-way point, you haven’t seen enough of these movies.

The Equalizer 2 is the fourth film Washington has made with director Antoine Fuqua. Of course Fuqua directed him to an Oscar in Training Day, and also put him through his paces in the first Equalizer movie. Washington usually plays decent men, but somehow Fuqua has tapped into his darker side. But Washington makes for a great action hero, and he brings complexity to his compromised character. Bill Pullman reprises his role from the original film, but he is given little to do here in a fairly thankless part.

The Equalizer 2 shares plenty in common with Washington’s 2004 drama Man on Fire (directed by the late, great Tony Scott). And the relationship McCall develops with the troubled Miles gives the material a more interesting tone and optimistic edge. Sanders (Moonlight) brings some comic energy to his performance as the naïve Miles.