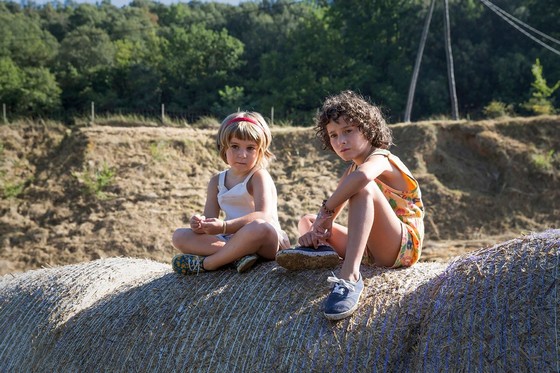 In (predictably) the summer of 1993, following the death of her parents, six-year old Frida (Laia Artigas) leaves bustling Barcelona for the Catalan provinces to live with her aunt (Bruna Cusí) and uncle (David Verdaguer). Country life is a challenge: aside from the emotional upheaval, the nature that surrounds her is mysterious, if not dangerous. The couple’s own daughter Anna (Paula Robles) welcomes her new sister with open arms, but Frida has a hard time coping with her emotions. Even as the new family begins to find a fragile balance, the source of her mother’s passing casts a shadow over how Frida is treated by the local community …

Summer 1993 is a story told with empathy, authenticity and beauty. This slice-of-life piece is short on narrative but big on execution. The film has a decidedly European sensibility. It takes a while to work out just what’s going on and you could argue not much happens. But for Frida, a great deal has already happened. She’s trying to get used to a new normal after her mother has died. She’s the one going to the doctor for tests to see if she is okay. She’s the one who has to get used to a new mother and father.

We witness her new life with her new family; what she does by the minute, by the hour, by the day. She acts up, at times she pushes the boundaries, she expresses her personality and joie de vivre.

The performance of Laia Artigas as Frida is wonderful … as is the way the film captures the essence of the environment, the surroundings. It’s like we’re flies on the wall witnessing the family dynamic. Incidents that occur may appear small, but their impact is large. The film becomes more meaningful, the longer you watch. On one level there may not be a lot to see. On another there is a lot to unpack and process.

Compelling for those who are willing to work at it, Summer 1993 delivers.