Arguably the most sophisticated animated feature I can immediately recall, Spider-Man: Into the Spider-Verse lifts the bar on what’s possible in a cartoon medium. 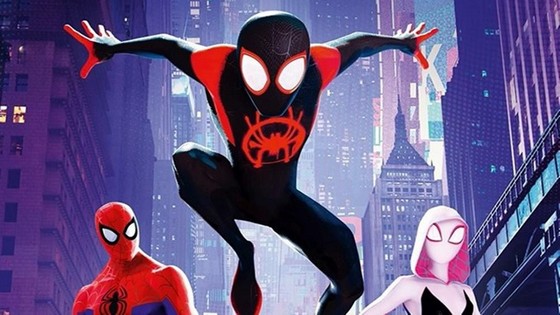 We’re introduced to Brooklyn teen Miles Morales (the voice of Shameik Moore) and the limitless potential of the Spider-Verse, where anyone can wear the mask. The movie centres on Miles’ adventures as he tries to fit in at a private school in Manhattan. Miles’ father Jefferson (Brian Tyree Henry) is a by-the-book police officer and his mother Rio (Luna Lauren Velez) a devoted nurse.

They’re proud of their son’s achievements and want to see him succeed in the new school for gifted students. However, adjusting to the new school proves to be tough on Miles. He’s rather spend time with his friends, or visit his uncle Aaron (Mahershala Ali), who encourages his talents as a graffiti artist. Although Miles idolises Aaron, his charming uncle is a complex character who’s had troubles with the law in the past. Miles’ life becomes even more complicated when he’s bitten by a radioactive spider and he finds himself developing super powers.

Spider-Man: Into the Spider-Verse also introduces a kick-butt version of Aunt May (Lily Tomlin).

The film has depth and plenty of heart. There’s tenderness among the destruction. It has colourful characters and smart one-liners. It has a ripping script and plenty of surprises. A great deal of credit must go to the screenwriters Phil Lord and Rodney Rothman, as well as the animators. And we shouldn’t overlook the solid direction from Bob Persichetti, Peter Ramsey and Rodney Rothman.

Spider-Man: Into the Spider-Verse is subversive and immersive. You build a genuine affinity for what’s going down here, even if the outcome is never in doubt. This is a new road being travelled, in line with previous advances in live action superhero films.