Superlatives are inadequate to describe a truly mesmerising performance from a woman of grace, charm and sublime talent. Bernadette Robinson in Songs for Nobodies inhabits upwards of 10 characters – English, American, Irish, French and Italian – like a second skin. She weaves stories and sings popular tunes and opera as five ordinary folk rub shoulders with five big names – all mid 20th century divas. The show, written by Joanna Murray-Smith, was first performed a decade ago. It is intimate and passionate. 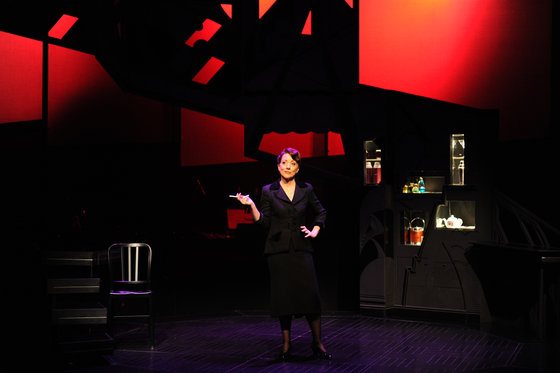 There is drama, pathos, good humour and a big, mellifluous voice, for make no mistake, Ms Robinson is some vocal talent! She returns after a sell-out season in London’s West End. First up, she waxes eloquently about happiness and how “pretty much everyone had it wrong”. She goes on to tell the story of how a 36-year-old washroom attendant whose husband left her got to rub shoulders with Frances Ethel Gumm, otherwise known as Judy Garland. Next, she is a 23-year-old usher in Kansas City, who unexpectedly gets to be a back-up singer for Patsy Kline. As the daughter of a French father and English mother, she almost didn’t exist. She only came to be after Edith Piaf rescued her father, who was facing certain death.

A New York Times fashion writer, aged 21, is at wits end crafting stories about hem lines. She aspires to be a scribe of substance and gets her chance when her editor gifts her an interview with Billie Holiday. Only the jazz singer isn’t keen on talking. A broken relationship for a jilted Irish lass leads the 19-year-old to an unlikely job on a luxury yacht, populated by the likes of Aristotle Onassis and Maria Callas. While he was hardly a looker, he had charisma and money, while she had a divine purity of sound.

Dressed smartly in a simple black dress and matching jacket, wearing her hair up and sporting rich, red lipstick, Robinson regales us for 90 minutes without a break with these tales and music from the superstars. She sips tea and takes an occasional drink (also, most likely, tea) as part of her patter. Her accents are faultless, her presence unmistakable and her stage craft immaculate. 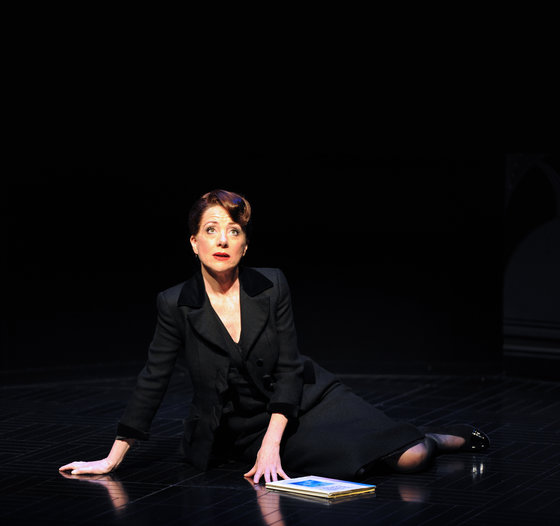 She wanders about a small, black circular platform in which there are eight black furniture props, including a simple wooden chair, a stand, side table, tall cabinet, drawers and more. Behind the stage are three highly talented but unobtrusive musicians – on piano, sax and trumpet, and xylophone.

Songs for Nobodies is heaven on a stick – a brilliant and alluring combination of words and music, naturally met with rapturous applause. Under Simon Phillips’ direction, Robinson switches characters and vocals effortlessly, casting an intoxicating spell over the entire audience. Bravo! Bravo! Songs for Nobodies is playing at Fairfax Studio, Arts Centre Melbourne, until 5th January. It will be performed at the Playhouse in Sydney Opera House from 23rd January until 2nd February, 2020.