I loathed the past couple of films from revered auteur Terrence Malick, particularly his To the Wonder and Knight of Cups, with their frustratingly obtuse, indulgent and abstract experimental nature, existential meditations, impressionistic and unconventional approach to narrative, the mumbled and at times inaudible dialogue often delivered as internal monologues, the non-linear structure and fractured timelines. And his latest film delivers more of the same, which will delight many but also frustrate others. 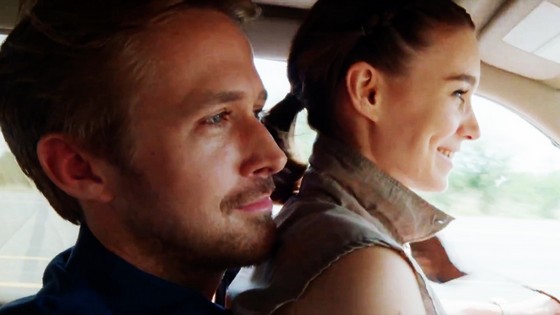 Song to Song serves up almost incoherent story of fame, wealth, obsession and two intersecting romantic entanglements set against the backdrop of the music scene in Austin, Texas, home to SXSW and numerous other music festivals. Song to Song could have been an interesting film were it not for Malick’s impressionistic take on the thin material. As with his previous films, much of the film was improvised during the shooting, and it shows.

Aspiring songwriter and musician BV (Ryan Gosling) and Faye (Rooney Mara) meet at a lavish poolside party thrown by sleazy record producer Cook (Michael Fassbender), a mutual acquaintance. BV and Faye soon fall in love and a relationship develops. BV is unaware of Faye’s previous relationship with Cook. Cook is charismatic and powerful, and he charms the optimistic and slightly naïve BV with promises of fame. Eventually BV and Faye break up and move on to other partners, although the sexual attraction between the pair is palpable.

Meanwhile the womanising Cook seduces Rhonda (Natalie Portman), a schoolteacher moonlighting as a waitress at a local diner. He marries her but soon he manages to compromise her, with tragic consequences.

The meandering narrative serves up a mosaic of love, loss, pain and raw emotions, but despite the star power of Gosling, Fassbender et al, we don’t really get to identify with or emotionally engage or empathise with the central characters. Most of the character spend their time wandering around in circles amongst some gorgeous locations, and conversations continue over several locations. As with Malick’s recent films, there is little in the way of movement or action or even meaningful dialogue here.

Fassbender brings an oleaginous quality to his performance as the manipulative and unscrupulous Cook. Gosling and Mara make for a cute looking couple, and their tempestuous relationship is at the core of the film. Oscar winners Cate Blanchett and Holly Hunter also have small roles, but really have little to do, while Val Kilmer chainsaws his way through speakers on stage in a bizarre cameo. Singers like Iggy Pop and Patti Smith also contribute brief but meaningless cameos.

The film looks good though thanks to the solid widescreen lensing of regular cinematographer Emmanuel Lubezki, who captures some stunning imagery and gorgeous landscapes and locations around Austin. Some scenes have been shot on location at a music festival, but Malick is not really interested in the music and it only plays a small part in the film. We get little insight into the industry itself.

The original cut ran for eight hours, before Malick and his team of editors spent a couple of years to cut it back to the 129 minutes we see here. But surely given the wealth of material he had to work with, Malick could have constructed something of more depth and substance. We get a rapid-fire collage of images, but the overall impact is fleeting and superficial. And some of it is repeating tropes from his previous works. Song to Song is long and slow. Boredom set in for me around the 20-minute mark of this inert and pretentious load of crap.