Single Asian Female by Michelle Law, was first produced by the La Boîte Theatre Company in Brisbane in 2017. It’s been revived for this Sydney season at the invitation of the Belvoir Company. The work was developed with the assistance of the Lotus Playwriting Project, an initiative of Playwriting Australia and Contemporary Asian Australian Performance (formerly Performance 4a). 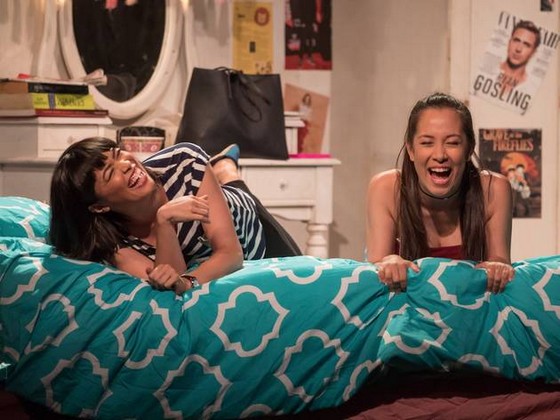 A family of females have been abandoned by their husband and father figure. Mother, Pearl (Hsiao-Ling Tang), runs the family restaurant to support her two daughters through the ‘minefields’ of Australian/Asian culture. Zoe (Alex Lee), the eldest, is pursuing a professional music career but suffers from high anxiety. Mei (Courtney Sewat) is in her last year of high school, grappling with the ‘politics’ of exams, outside social expectations and family loyalties. Pearl, too, has an imminent personal crisis of some importance to solve, which is unknown to her daughters. In affect then, we have three single Asian females, each with a life trajectory crisis of their own as well as the united family one. It is palpably shown in the last moments of the Act One. The theme ‘song’ of these women is parodied in a karaoke rendition of Gloria Gaynor’s “I Will Survive”.

The set (designed by Moe Assad) captures a rundown restaurant and upstairs flat. We watch these three women interact in familial ways with each other and with the outside world. The outside world includes the invisible father figure. For Pearl, it is, as well, the Australian Immigration Department. For Zoe, it is her career and sex life, which concentrates to a burgeoning relationship with Paul (Patrick Jhanur). For Mei, it is her coming-of-age in the last cycle of high school. This involves navigating her relationships with the ‘good’ girls, represented by Katie (Emily Burton), and the ‘mean’ girls, represented by Lana (Lucy Heffernan).

Ms Law has written characters that are broad-brushed ‘dramedy’ types as they investigate the cliches of everyday family ‘clashes’ between themselves, and the thoughtless, ignorant and discriminatory attitude of the community of the ‘outside’. Director Claire Christian has elicited a broadly drawn comic style, reminiscent of some 80’s television comedies, from her actors, which has a ‘feel’ of extreme confidence. The actors have a honed sense of their relationships and the comic in the writing. They inhabit the characters with great playful ease. It seems it is their shared sense of humour that gets these characters through their travails. 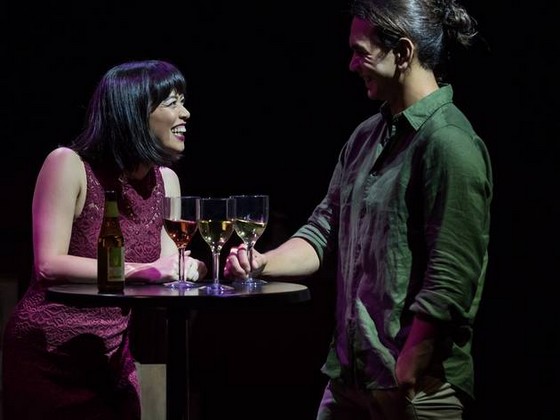 We are told in the program that the play is ‘fierce and funny, as it is vital. It’s Australian domesticity like you’ve never seen before.’ And, you know, it is funny in a ‘comic book’ way. And it does have a chaotic, bubbly, vitality. However, the vitality is neither strange nor new and the domesticity is not too unfamiliar. I really wished that there was more ferocity in the observation of the different ‘given circumstances’ of this Asian-Australian experience.

One reflects on the wonder of the Tony Ayres’ film, The Home Song Stories (2007), and its insights into the Asian-Australian family experience. The comparison between the two, despite the passing of ten years, is one to take a pause over. Ms Law has written comic novels and for comic anthologies and has won a Australian Writers’ Guild Award AWGIE award for her screenwriting work. Whether the writer and director have achieved their stated objectives sufficiently is for you to go see.