As the second most watched drama series in the Showtime stable, it’s a bit of fan mystery as to why Ray Donovan was unexpectedly canned after delivering seven seasons of stellar entertainment.  But we get that all good things must come to an end. 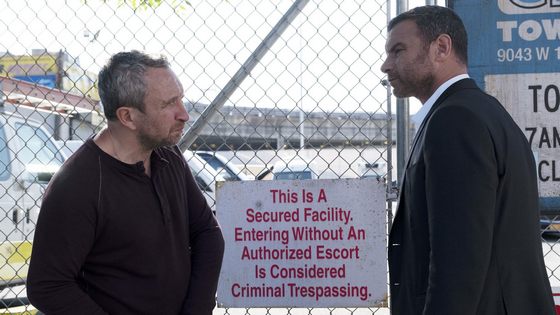 Ray Donovan belonged to a very small group of premium television shows that held onto its major stars for the entirety of its run, and never delivered a dud season in all of that time.  As it would seem that the producers at the time of filming were not aware of the show’s imminent axing, series seven of Ray Donovan is not a wrap of all the plotlines we would have liked to have seen rounded out for a big finale.

The final outing of Ray Donovan delivers everything you would want to see in a dramatic series; terrific acting, complex and interlinked plotlines, heart wrenching dramatic interactions and the rewards of incremental reveals as to what made Ray Donovan into the fixer of all manner of things for all sorts of powerful people.

Throughout all the years we’ve watched the Donovan family battle against their natures, the theme running throughout the show has been the harsh bonds of family.  In particular, the story of Bridget, the Donovan daughter who never made it out of her teens, was always there in the background as an unresolved mystery that shaped the futures of each of the Donovan brothers; Terry (Eddie Marson), Ray (Liev Schreiber) and Bunchy (Dash Mihok).  This season the troubled years of the Donovan siblings, struggling to look after their dying mother whilst their fickle father Mickey skips in and out of their lives, are shown as flashbacks to the Irish American neighbourhoods of New York.

At the beginning of S7, Ray is now operating his fixer business out of the back of a warehouse on the water front.  There is a tenacious police officer on his heels, who is further spurred to bring the Donovans into custody when the head (only) of a missing police officer is retrieved from the river. The family slice and dice storyline from S6 drives everything that happens in this final season, but as always with this show, there are many many galloping subplots to keep track of.

Bunchy is now working in a convenience store, but is unable to turn off that instinct to savagely return fire when under threat.  Terry’s condition is worsening, and whist Parkinsons is incurable, hope will never die.  Smitty, Bridget’s husband, is finding out the hard way that you can never really check yourself out of the Donovan family.

Knowing that is the last time you’ll see this group of actors all together in the same production, you’ll be watching whilst considering some of their achievements.

Seeing the character of Mickey Donovan (Jon Voight) dance around playing the chance card in this final season, you remember that this is an 82 year old actor who has an Oscar statuette rattling around his house somewhere. In 2014 Voight also won a Golden Globe for his role as the ever hopeful and tricksy Donovan patriarch.

Carried capably upon the broad shoulders of Schreiber in each and every episode, Ray Donovan was always about just how many scenarios of utter hell poor Ray had to juggle on any given day.  It is a crying shame that Schreiber never won an Emmy or a Golden Globe for his work on Ray Donovan, as the nomination was put forward a ridiculous amount of times.

For those who never climbed aboard the Ray Ray bandwagon (as Ray is called by his father Mickey), we are here to report that the show would hold its age well for a complete seven series binge.  As someone who hates watching shows that exalt criminals as heroes, I came to Ray Donovan via earnest recommendations from friends who were blown away by the power of the storywriting which has consistently been epic in its scope.

Enjoy this one last trip with the Donovans.  It’s hard not to sob at the knowledge that this is the last time we will see them all.