If you liked Deadpool 2 but were put off by the graphic language and violence, then Once Upon a Deadpool is for you. This teen-friendly version is surprisingly inventive and, in some respects, works better than the original. 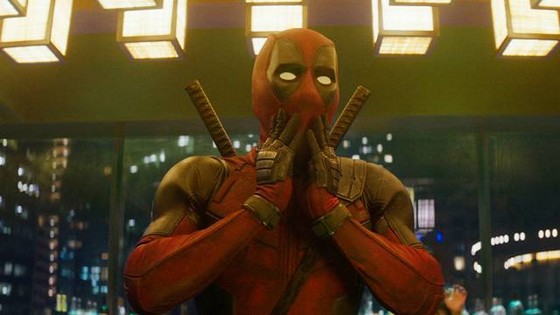 As you might imagine, cutting out a lot of the swearing and gore has trimmed the movie down somewhat. That time is filled by an extended Princess Bride device, where Deadpool (Ryan Reynolds) “recites” the story to (the real) Fred Savage. This has the dual effect of both making the (original) film more pacy; and allowing director David Leitch to throw in a heap of insider jokes about screenwriting and the move industry.

The basic story of course remains the same, so I won’t bother recapping it here (check the link above if you want the run-down). But tonally, this is a very different beast. As you might expect, it’s a lot lighter. And even with some of the blue humour cut out, it’s still very funny.

Someone at the preview suggested this is a precursor to a somewhat toned-down Deadpool appearing in more mainstream Marvel movies in the future (Deadpool meets Black Panther anyone? Imagine the box office for that one!). Whether that happens or not remains to be seen; but Leitch makes it abundantly clear (in case you missed it first time around) that there will be more Deadpool coming at you in the near future.

While something of a niche offering, Once Upon a Deadpool is a clever re-working to bring the irreverent superhero to a new audience. I suspect teens will lap it up, and parents will be comfortable enough with them seeing it with the more extreme elements removed.