Marvel’s most, um… inappropriate, superhero returns in Deadpool 2. And if you liked the original’s blend of raunchy humour and super doings, this has more of the same.

David Leitch (Atomic Blonde) replaces Tim Miller in the director’s chair but the difference in style is largely imperceptible. Deadpool 2 offers pretty much a re-run of what made Deadpool such a success. Of course, there are some new characters and the plot has a few surprises, but the look and feel of the film is much the same. 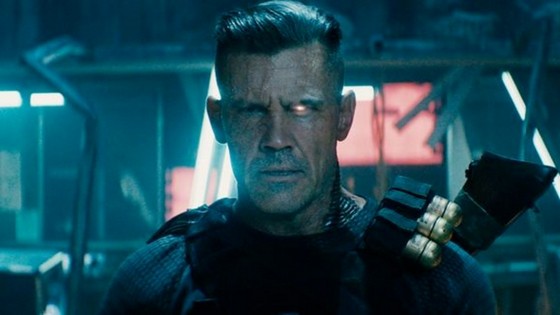 That’s probably down to Rhett Reese and Paul Wernick, who penned the original, returning to head up the screenwriting team. They’ve crafted a script densely packed with jokes. It’s one of those movies where, if a joke doesn’t “land” for you, it doesn’t really matter because another will come along in a few seconds. The film’s winking, reflexive humour still feels relevant, even if it’s maybe not as fresh as it was in 2016.

You may recall that Deadpool (Ryan Reynolds) is basically indestructible. Yeah, but those around him aren’t; and in the first few scenes, a tragedy strikes. That leads the distraught superhero to a mutant kid named Russell (Julian Dennison) – a.k.a. Firefists. He’s causing mayhem outside the “mutant treatment facility” run by the creepy Headmaster (Eddie Marsan). A confrontation sees them both slammed in a mutant prison, where special neck braces dampen their powers. But a menace is coming from the future – an his name is Cable (Josh Brolin). But Deadpool senses he and the awkward Russell have some kind of shared destiny.

Unlike the recent Avengers: Infinity War, Deadpool 2 lives in the X-Men corner of the Marvel universe (which provides one of its best jokes). And even then, it’s very much on the fringes of that corner. The plot is fairly predictable (hint: there’s time travel) and the twists are heavily signposted. But it’s still a fun ride. Things really pick up in the third act, when Deadpool creates a new team (dubbed X-Force), which is, well, kind of a flop. Their first outing is a disaster – hilarious, but a disaster all the same.

I guess if you’re going to see Deadpool 2, you’ll probably be familiar with the original’s levels of violence, gore and “salty” language. There’s more of that. And of course being a Marvel movie, you’ll need to sit through the end credits for some important – and funny – postscript moments.

Ryan Reynolds is once more the glue that holds the whole chaotic thing together. His easy-going charm has taken a while to come out, but he again nails the character. By the way, his pre-Deadpool choices are lampooned in one of those post-credits bits. Josh Brolin – fresh from Avengers: Infinity War – does his very best Josh Brolin as Cable. NZ actor Julian Dennison (so good in Hunt for the Wilderpeople) is a little under-used here as Firefists, but still gets some good moments. The wonderfully named Zazie Beetz (Atlanta) is excellent as X-Force member Domino. Some famous faces pop up in cameo roles, including a literally unrecognisable Brad Pitt.

Deadpool 2 may not be high art, but it’s a lot of fun. I found myself laughing out loud much of the time, and smiling the rest. A superhero movie without all that tiresome superhero seriousness, this is just great popcorn entertainment.