The Lost City of Z turns out to be a kind of boy’s own adventure story. Based on author David Grann’s non-fiction bestseller, the film follows British explorer Lieutenant-Colonel Percy Fawcett (Charlie Hunnam). 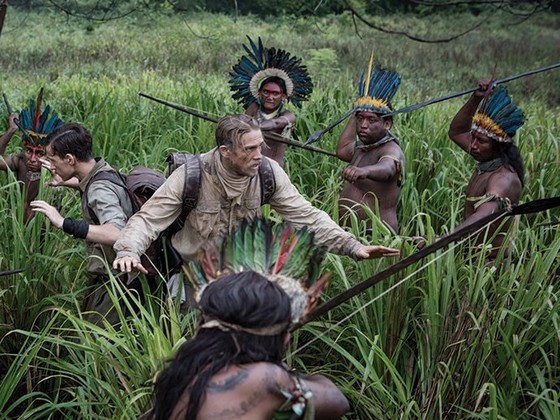 Fawcett journeys into the Amazon in 1906 where he discovers evidence of a previously unknown, advanced civilisation that once inhabited the region. His theory is ridiculed by the scientific establishment, who regard indigenous populations as “savages”. But the determined Fawcett returns time and again to his beloved jungle in an attempt to prove his case. His devoted wife (Sienna Miller) and aide-de-camp Henry Costin (Robert Pattinson) support his apparently hare-brained exploits.

The Lost City of Z is an ode to the exploratory spirit. It’s the story of a conflicted adventurer, driven to the verge of obsession. His dream of finding an ancient Amazonian civilisation sustained him through unimaginable hardships.

James Gray’s film touches on issues of class. It also examines the difficulty some individuals have fitting comfortably into society. There’s a further story thread dealing with the dynamics within Fawcett’s family.

This is a story of persistence, courage and strength. Some of it has more of a ring of truth to it than other components, which appear contrived. An example of the latter is the adventurer’s triumphant return to England from his first foray into the wild.

Charlie Hunnam (King Arthur: Legend of the Sword) does a good job portraying the driven, principled hero. He brings grit and determination to the role, even if his character is almost too good to be true. Sienna Miller (Burnt), as his dutiful wife and confidante, gets only one substantive scene. In it, she “spits the dummy” on the injustice of inequality.

While the adversities faced by Fawcett and his crew were numerous, the film merely touches on them, rather than covering them in any depth.

Lavish cinematography by Darius Khondji (Se7en) and production design by Jean-Vincent Puzos (Amour) are features. The Amazonian scenes were shot deep in the Colombian rainforest.

Still, James Gray has overindulged by allowing this piece to nudge towards 2 ½ hours. I wonder just how much of the real story has been dressed up. As a result, I felt less than totally satisfied by what I regarded as a romanticised version of the truth. Rated M, The Lost City of Z scores a 6½ to 7 out of 10.