Hollywood legends like Fred Astaire, Gene Kelly and Frank Sinatra may no longer be with us, but their legacy lives on. Now the tribute show Just a Couple of Song & Dance Men not only sings their praises – literally – but provides more than a little hot shoe shuffle. 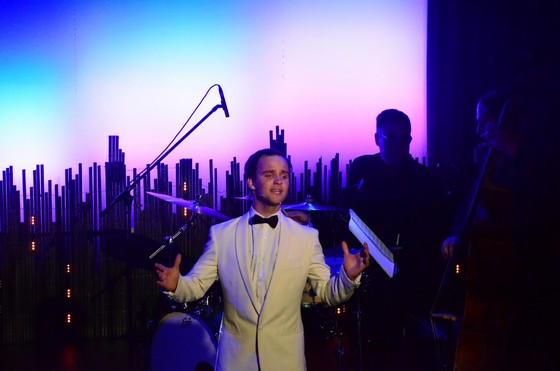 Just a Couple of Song & Dance Men takes a nostalgic trip down memory lane to songs that set the world alight in the 1930s, ‘40s and ‘50s. It showcases the talents of Shay Debney and Mikey Halcrow – both fresh from the Australian tour of The Wizard of Oz – and a talented three-piece band headed by musical director and pianist Shanon Whitelock.

Among the numbers are the likes of “Makin’ Woopee”, “Be a Clown”, “Make ‘Em Laugh”, “Hello Dolly”, “Who Wants to be a Millionaire”, “It’s De-Lovely” and “True Love”. And that’s only a smattering from the first act. After interval, the line-up is no less impressive, including “Puttin’ on the Ritz”, “I’ve Got Rhythm” and “My Way”.

As an unashamed fan of the glorious art of tap dancing, I was in heaven when Debney and Halcrow first appeared and got right down to it. They’re both talented dancers with mellifluous voices.

Throughout the show they also banter and give us background on some of the numbers. I thoroughly enjoyed the intel, but I wasn’t so enamoured with the smattering of comic interludes. The latter felt rehearsed and flat, rather than free-flowing. To me, the production would have been complete without it. 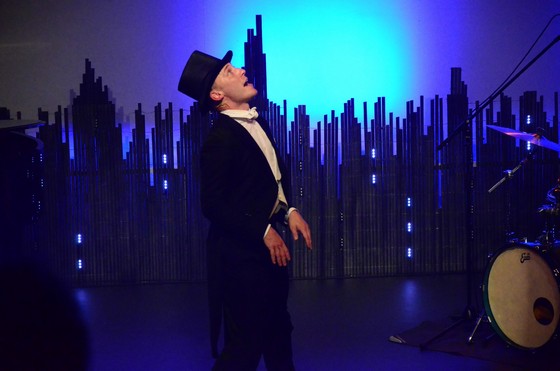 The night I saw it there was plenty of love in the room for the material itself and the enthusiasm of the two artists. I should mention that they’re elegantly attired – in dinner suits, with a few costume changes throughout the evening. The band, too, has black ensembles with maroon bow ties. The backdrop is a natty cityscape in bamboo complete with coloured lighting.

Created by Margaret Fisk and directed and choreographed by Jeremy Hinman, Just a Couple of Song & Dance Men is playing at Chapel off Chapel in Prahran until 25 November 2018.