It mightn’t be Riverdance or Lord of the Dance, but Irish Celtic has elements of both and a more linear story. Having toured France and Germany, the 90 minute hour show features performers from the top Irish dance companies. Twelve talented dancers – five men and seven women – together with a five-piece band perform on a stage which takes on the appearance of a traditional Irish pub. 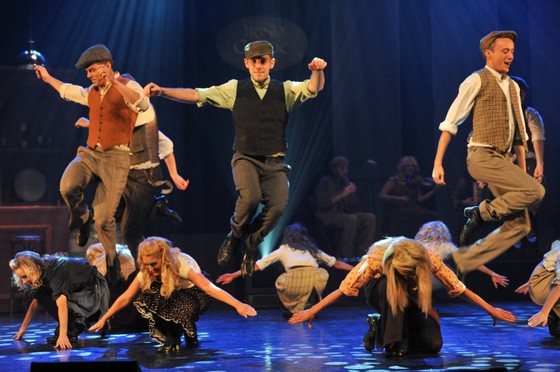 Choreographer Jim Murrihy was one of the original cast members of Lord of the Dance. Artistic director Toby Gough is the award-winning director of the Cuban dance show Lady Salsa, which played on London’s West End for two years. Like those of its ilk, the key to this production remains the superfast, rhythmic, synchronised tap dancing of the performers. They’re simply extraordinary in their timing and precision … and in spite of their heroics, appear to barely raise a sweat.

Mind you, the band – composed of a violinist, guitarist and vocalist, flautist, an accordion player and a pianist – is impressive in its own right. The emcee/narrator goes by the name Paddy Flynn (played by James Hornsby) and he presents himself as the landlord of the Irish Celtic Pub, just outside Cork. Flynn then proceeds to weave the story of the Celts through history and how his pub came to be, frequently punctuated by musical and dance acts.

One of the stars of the show is his layabout son, Dermott (Emmett McMorrow), whom he brands “a flamin’ galah”, best at “dancing with a brush”. At one stage Dermott has a dance-off with four “fast-footed lads from Dublin”.   Paddy also wants his son to find a girl and settle down and with that the seven women – impeccably turned out – take to the stage.

There are also plenty of opportunities to showcase the lyrical and haunting sounds of Irish music (the show’s musical director is Anthony Davis), which include tunes from Braveheart and Last of the Mohicans. The guitar soloist performs half a dozen numbers, and makes quite an impression – as does Conal McDonagh in a stirring pipe solo. 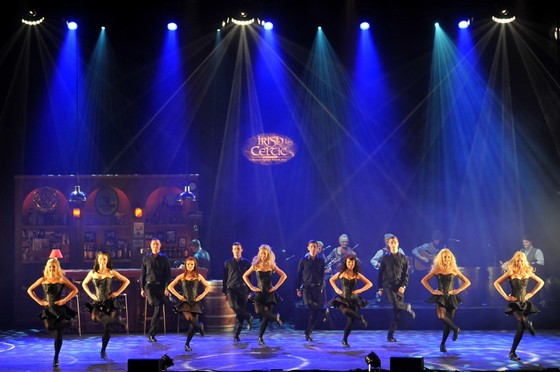 Ireland’s drinking culture (“We’re very religious people – the pub is like a church to us”) is high on the agenda, with Guinness and Irish whiskey liberally flowing throughout. Cheesy but well-meaning gags are interspersed with the rest of the commentary, which charts some of Paddy’s forebears.

Storyline aside, one thing is for certain – I never tire at seeing those “wicked” steps performed in such electrifying fashion by professional troupes. Even after all these years the experience remains mesmerising. Irish Celtic is on at The Palms at Crown in Melbourne until 5 August, before moving to Capitol Theatre in Sydney from 7 to 12 August 2018.