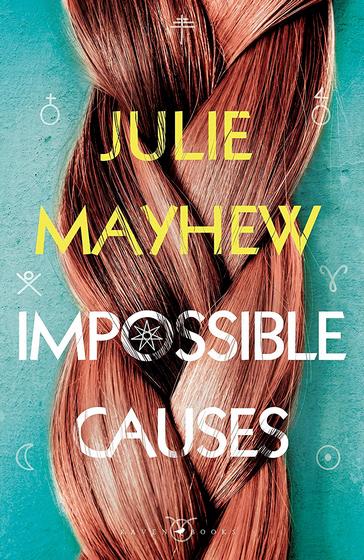 Choosing the remote island of Lark to relocate to is a decision made by the Kendricks in the wake of enormous loss. Viola and her mother Deborah will never be the same again now it is only the two of them, and the safety offered by the tiny community of Lark seems heaven sent at just the right time.  Lark, population 300, is only accessible by sea twice a year and rarely approves new residents to its shores.

Teacher Leah, who regularly seeks the wisdom of the tarot via her spiritual neighbour Margaritte, is joyed to discover that one of the three new residents of Lark is not only to be a new teacher at her school, but is also an unattached man.  Leah’s foretold ‘Knight of Cups’ is soon to arrive and as always, news of new residents stirs up talk amongst the Larkians as only fresh and shiny new things can.

The ‘eldest girls’ of the Leah’s school are as close as teenage girls can be.  The island of Lark has a long history of paganism and the circle of stones that the eldest girls now visit has always been considered a place where men are not welcome.   The suspicious eyes of the island community fall on Anna, Britta and Jade-Marie as girls coming into their power as women are considered to be fraught and dangerous creatures. The three girls become more of a force with the addition of a fourth – newcomer Viola, who wants nothing more than to be near the mysterious creatures that are the eldest girls.  It is Viola who discovers the body of the man, lying amongst the ancient stones of Lark.

It won’t take much for the reader to figure out what is going on in Lark but it does take the novel a heck of a long time to be precise in its description of such. Without giving away any spoilers the clues as to what is the true horror of Lark are all there from the beginning. The reader merely needs to push on and see how it will end.

Impossible Causes presents the perspectives of the adult Leah and the child Viola, the threat to each being similar but tackled differently, as islander and mainlander.  The passages of Leah are more fully realized, with it being possible to feel empathy for an otherwise intelligent adult who seems to have had her head well and truly in the sand as to the suffering around her.

Impossible Causes plays out its sadness in beautiful isolation, and waves goodbye to the young as they grow older and wiser to the poison both preached and practiced on Lark.  This theme of moving on and loss, or escaping the frying pan by jumping into the fire (if you prefer) pervades, and the learned helplessness of those that you encounter in this book is depressing to experience.  It does get more unbelievable as the novel progresses that so little action is taken, and being set in the current time is at odds with how the island of Lark lives, even taking into account its geographic isolation.

This is a moody and meandering novel that struggles at to maintain reader interest as there is no real sense of pace or urgency until the final chapters.  You can’t help but feel if this novel was set say in the 1960’s, it would feel more in sync with the era.

Impossible Causes is published by Bloomsbury.