The events depicted in Hotel Mumbai are ghastly … made all the more so because the story is based on fact.

I, like so many, recall the day it started and how horrific the reports and images were. For three days in 2008 — from 26 to 29 November — Mumbai was under siege. Arriving from Pakistan on a hijacked fishing boat, a squad of young jihadists rained terror on the population with a coordinated series of shooting and bombing attacks. With the local police force stretched, terrified locals and tourists scampered for refuge as Mumbai went up in flames. By the time the carnage ended, more than 170 people from over a dozen countries had been killed. 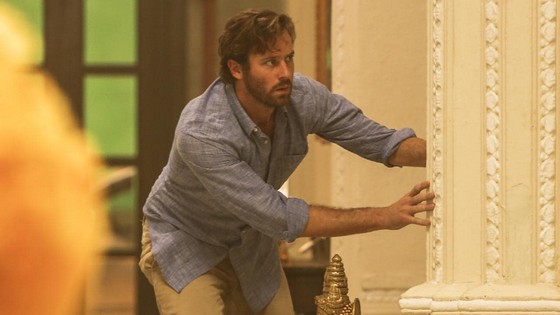 Targets around the city included a popular restaurant, a Jewish community centre and three hotels, including the magnificent Taj Mahal Palace Hotel. As seen in the movie, the terrifying assault brings together the guests and staff of the luxurious hotel. They include wealthy new parents David and Zahra (Armie Hammer and Nazanin Boniadi), Russian businessman Vasili (Jason Isaacs), waiter Arjun (Dev Patel) and chef Oberoi (Anupam Kher).

The violence in Hotel Mumbai hits home far more than in Hollywood blockbusters. The killers show no mercy. Travellers, diners and passers-by are all in the firing line in 12 separate and coordinated attacks.

The film however is centred around what happens at the Taj Mahal Palace Hotel. I built an affinity for a number of the characters and their predicament – hotel workers and tourists alike. Still, the lion’s share of them are presented in black and white terms. They’re all selfless and heroic, loving and loyal. Only a couple have other sides to their persona – one being the no-nonsense Russian with a decidedly harsh edge and the other a racist guest.

I suppose it begs the question, how can you expect subtlety in a film about terrorism? To be frank, I can … and do, but if that’s what you’re after, this isn’t the film for you. If Hotel Mumbai was directed by one of the Mexican filmmakers who have claimed five of the last six Best Director Oscars, I dare say it would be a far more accomplished and detailed movie.

Still, Hotel Mumbai, co-written and directed by Anthony Maras – who makes his feature film debut – shocks. So at the simplest level it succeeds. I should mention Maras has written this with John Collee (Master and Commander: The Far Side of the World).

It’s just that I wanted more – more insights, a better script and greater depth in characterisation.