The new tween adventure Harmony is another walk down the dark side of fantasy. 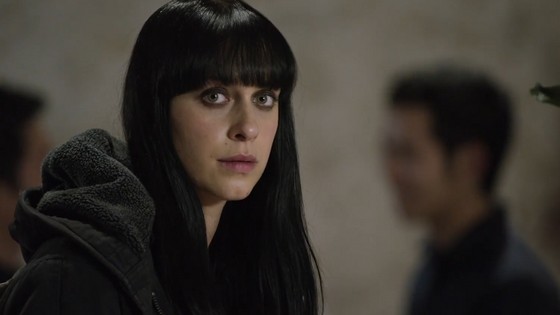 Harmony (Jessica Falkholt) is different … very different. She has the supernatural power to absorb others’ fear. Each person she touches literally loses their trepidation. She absorbs it as a black liquid that she later washes from her skin. So, healing others – which she’s driven to do – comes with her own suffering. And she needs to be careful because too much fear could lead to her death. Jimmy (Eamon Farren) embodies the evil that thrives on the fear Harmony tries to take away. Lost and afraid, Harmony’s world starts to change when she meets Mason (Jerome Meyer); an awkward and innocent soul, who has his own power.

Australian writer and director Corey Pearson developed the original concept. When financiers came on board, they added the idea of a franchise via what is termed the Five Frequencies saga. It follows the story of five orphans, each with a different skill set. Together they are the only hope for humanity. Oh, p-l-e-a-s-e!

The Five Frequencies is also being developed as a graphic novel series and a book series to run alongside the films. The financiers may see this as a licence to print money, but I’m afraid I don’t see it that way.

For most of this first movie, Harmony simply absorbs more and more pain and is a sad sack because of it. Then she meets a strange, handsome dude who occasionally buckles over in excruciating pain. To be uncharitable, the two weirdos attract. All the while she’s hounded by a bully and his cronies. They all seem to have a few screws loose.

I suppose Harmony may appeal to teenage girls in particular. But this is an exercise in mumbo-jumbo with lots of dark scenes and horrid locations. So it’s hardly appealing fare.

I reckon those associated with the series should quit while they’re behind.