In the wake of Godzilla (2014) and Kong: Skull Island (2017) comes the next chapter in Warner Bros. cinematic monsterverse. Godzilla II: King of the Monsters follows the efforts of a “crypto-zoological” agency called Monarch as its members face off against a battery of massive monsters, including the mighty Godzilla. The gargantuan collides with powerful adversaries including his ultimate nemesis, the three-headed dragon Ghidorah. 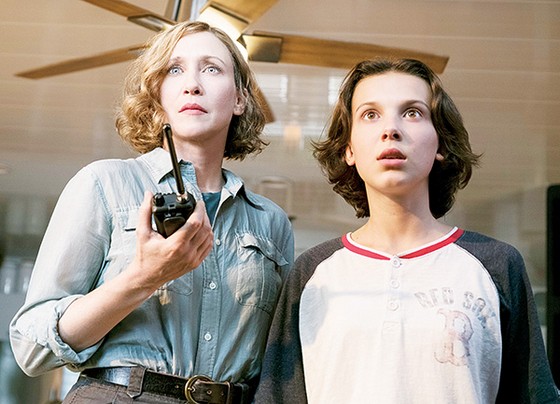 At a more basic level, initially ex-partners – Dr Emma Russell (Vera Farmiga) and Dr Mark Russell (Kyle Chandler) – are pitted against one another. She’s a paleobiologist with a history of environmental activism. He’s an animal behaviour specialist. Their scientifically gifted daughter Madison (Millie Bobby Brown) is caught in the middle.

The filmmakers – writer/director Michael Dougherty and co-writer Zach Shields – have really made a meal of this. For the first half hour or so the plot is downright confusing. After that, it’s just thin. The script is a stinker. Some of the dialogue is shameful. Forget originality; you get platitudes. The acting is by-the-book, but often unconvincing.

Godzilla II is a special effects movie, with fights between monsters and cities laid to waste. It bored me stupid. It’s long – over 2 hours – and tedious. I’m struggling to say anything positive about it. If you do endure it, there’s a small scene after the credits.