Doctor Sleep is the latest Stephen King novel to be made into a motion picture. It picks up the story of Danny Torrance (Ewan McGregor) 40 years after his terrifying stay at the Overlook Hotel in The Shining. 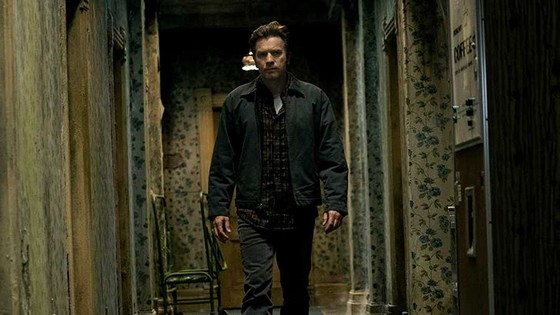 Still irrevocably scarred by the trauma he endured as a child at the Overlook, Torrance has fought to find some semblance of peace. But that peace is shattered when he encounters Abra Stone (Kyliegh Curran), a courageous teenager with her own powerful extrasensory gift, known as the “shine”. Instinctively recognising that Torrance shares her power, Abra seeks him out, desperate for his help against the merciless Rose the Hat (Rebecca Ferguson) and her followers. They are known as the True Knot and they feed off the shine of innocents in their quest for immortality. Forming an unlikely alliance, Torrance and Abra engage in a brutal life-or-death battle with Rose.

Translating all of that, Doctor Sleep concerns a small group of non-humans who feast on the breath of humans who suffer pain and death … along with two humans with magical powers who can detect them. Have I lost you already? Well, I don’t blame you.

The sweet smell of breath driving non-humans into a frenzy? Come now. If that isn’t stretching credibility, I don’t know what is.

First up, it takes seemingly forever to piece together just what’s going on. That goes part of the way to explaining why the movie is over two and a half hours long. The script needed serious tightening. This isn’t The Godfather.

Of the non-humans, only three – possibly four – are of any real value in the piece. The others are extras trotted out just for the sake of it. One of the human detectors has lived a purposeless life and found no solace in abusing the bottle. The other is but a girl who has a particularly strong sixth sense.

The long and tortuous screenplay, and the direction which lacks the word “cut”, is by Mike Flanagan. Quite frankly I thought the lion’s share of the picture was just nonsense with creepy music and special effects thrown in. The production values are fine and the acting was okay but because I didn’t really believe what I was being fed I will not talk it up any more than that.

Some may appreciate being lost in this dark world of make believe more than I did. As far as I’m concerned it was simply a bridge too far. You can choose to see it without having seen The Shining, but I dare say you’d be better off if you chose to revisit Stanley Kubrick’s showpiece first.