Hero or villain? Murderer? Campaigner for a democratic Russia? These are just some of the triggers in Citizen K, a fascinating documentary about Mikhail Khodorkovsky. He was once Russia’s richest man (head of the oil giant Yukos) but now lives in exile In London. As you can imagine, Russian president Vladimir Putin features prominently. This is very much a story about his power over the country and its people. 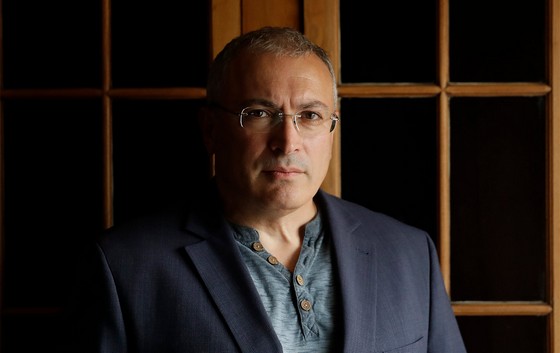 The documentary begins with with the election of Boris Yeltsin in 1991 . Remarkably, with the country on its knees, he was able to secure a second term. Putin rose from obscurity to become his second in command and then a leader, arguably without precedent. While Yeltsin fought for democratic change, Putin pushed for state control and the overthrow of Russia’s oligarchs*, who he blamed for its problems. The most politically active of these was Khodorkovsky, who dared take on Putin.

Director Alex Gibney (We Steal Secrets: The Story of WikiLeaks) accessed pointed historical footage to make his case. He’s damning of the state-sanctioned control and manipulation that saw Khodorkovsky painted as an enemy of the people. Nevertheless, Gibney doesn’t try to present Khodorkovsky as a saint or anything close to it. During his ups and downs, Khodorkovsky shed thousands of workers’ jobs and all but forced his whole workforce to take a 30 per cent pay cut for his business to stay afloat.

Khodorkovsky is nothing if not stoic and fatalistic. When he knew he was about to be jailed, he didn’t flee, although he could have. Instead he dealt with not one but two trials – the second presented as a complete sham. In fact, the charges in the second trial were a direct contradiction to those that saw him jailed the first time around. Still, after seven years in prison, he was given a further 13-year sentence.

Among those interviewed, along with Khodorkovsky, include the founder of the independent The Moscow Times newspaper, and Khodorkovsky’s legal counsel.

With a deft hand, Gibney has crafted a detailed – if overly long – portrait of two bulls – Khodorkovsky and Putin – neither of whom has been prepared to take a backward step. It is also an examination of power in Russia and the political conflicts and contradictions ailing the country today.

* An oligarch is a “member of an oligarchy; a person who is part of a small group holding power in a state”.