Veronica Roth is best known for her popular YA Divergent series. Much like fellow YA writer Leigh Bardugo (Ninth House), with Chosen Ones Roth mas moved away from YA concerns into more adult territory. In doing so, she takes readers past the good-defeats-evil narrative of much YA fare into something more complex and with a different, more world weary resonance. But this shift in theme does not prevent her delivering a thrillingly original urban fantasy. 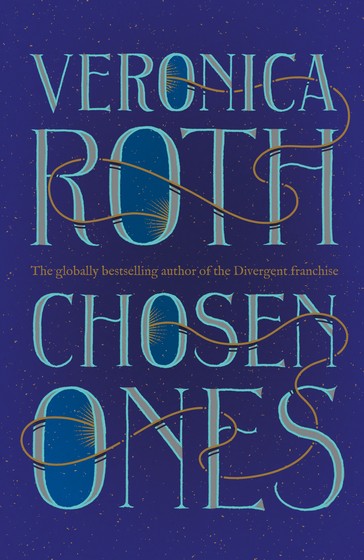 Chosen Ones opens ten years after the defeat of the Dark One by a group of five teenagers wielding magical weapons. In particular, the narrative focuses on Sloane, still unable to get her life together in the aftermath of that victory and, after requisitioning official documents, learning the hard truth behind her recruitment and training for the cause. Sloane is still living in Chicago, the scene of their triumph, with Matt, the leader of the five, who has accommodated his fame with book deals and public appearances. And the two are still in touch with Ines, Albie and Esther. Roth takes her time establishing this world and Sloane in particular before, about a third of the way through the book, taking a hard left turn involving alternate universes, magic and plenty of trouble. To say any more than this would likely spoil a number of carefully laid twists and turns.

Sloane is a fully realised guide to Roth’s world(s). Strong, spiky, not particularly likeable but with a core of honesty and a drive to follow her gut and do the right thing. She would have been, as Roth as designed her, the perfect YA heroine but now grown up, finding that winning the fight (and getting through adolescence) is only part of the battle. The rest is working out what to do with those experiences and using them to grow rather than being held back. But still being able to rely on those deep friendships with people who know you best even when they have gone in different directions.

Roth builds (at least) two worlds in Chosen Ones. She does this both through character and plot but also through news clippings, interviews, declassified documents, poetry, letters and other ephemera between chapters. From the opening stand-up comic riff about why the bad guy has to be called the “Dark One”, she uses these to provide colour and exposition without weighing down the action. Roth also leans on her familiarity with the city of Chicago to provide added depth to the tale.

Chosen Ones is page-turning modern fantasy anchored around a flawed by believable heroine. Roth takes the tropes of chosen one fantasy and turns them on their head. What happens to those after they have served their purpose? How can the tropes themselves, that people are trained to understand from the fiction that they engage with, be used against them? And after all that, after blowing up all of those conventions, Roth ends on a note that is both ambiguous and satisfying. Leaving a novel that can stand on its own or form the prelude to a series that could go anywhere.