Theatre is full of surprises, little gems of productions that take you on unexpected journeys and make audiences think about life and the universe differently. Bambert’s Book of Lost Stories is one such gem. Marketed as suitable for ages 8 – 108, the production is certainly engaging and delightful, but parents do need to know that you won’t be watching a typical panto or storytime style play and you may need to pack some tissues. 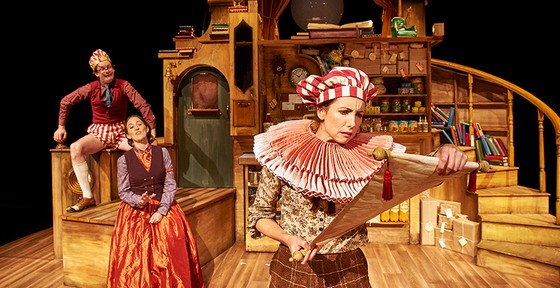 Bambert is a tiny little old man, who lives in the attic above Mr Bloom’s grocery store of curious global foods. He has hidden away from the world all his life because of his size, and spends his days dreaming up stories of adventures and conundrums. One day, Bambert realises that his stories can only come to life, if they are ready by others. So he rips the pages from his big book, ties them to paper balloons and send them floating off into the atmosphere with instructions to the finder to post them back to him so he knows where in the world his stories have been read.

A small and intimate set hosts five players: one who gently guides the Bambert marionette, main storyteller Mr Bloom and three support cast who play a myriad of characters in Bambert’s stories. The two-level set is ingenious, complete with a dumb-waiter which transports items between the attic and the store, and various hideyholes and platforms that are transformed into everything from Spanish palaces to Russian prisons. A particularly beautiful sequence occurs on a benchtop dusted with flour and illuminated with flashlights to tell Bambert’s tale of a group of refugee children marching through the forest under the control of soldiers.

The book from which the play is adapted apparently contains some 25+ stories, though this production selects four to focus on. Their subject matter can be somewhat dark, but usually ends upbeat. Depending on the age and sensitivity of your child, they may find some of the stories and characters disturbing. The script, staging and performances are nuanced though – audiences can take the stories at face value, or let their imaginations take them deeper into the scenarios. 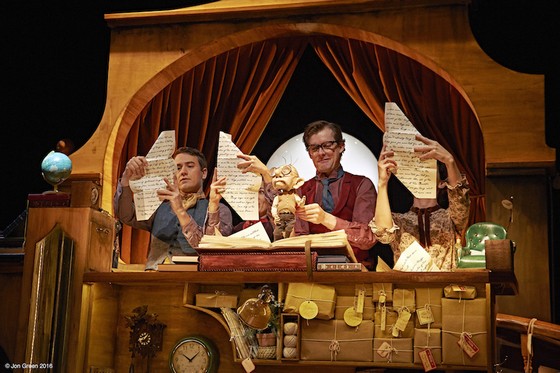 Ultimately, the production teaches hope and kindness – that powerful stories can change the world, and that you should never underestimate someone because of their size, appearance or status.

Bambert’s Book of Lost Stories was the Winner of the 2016 Helpmann Award for Best Children’s Presentation and nominated for Best New Australian Work. It is currently touring selected cities including Brisbane, Melbourne following an international tour earlier in 2017.

Bambert’s Book of Lost Stories is playing at QPAC in Brisbane till 15 October; and at the Fairfax Studio, Arts Centre Melbourne from 25 – 27 October, 2017.