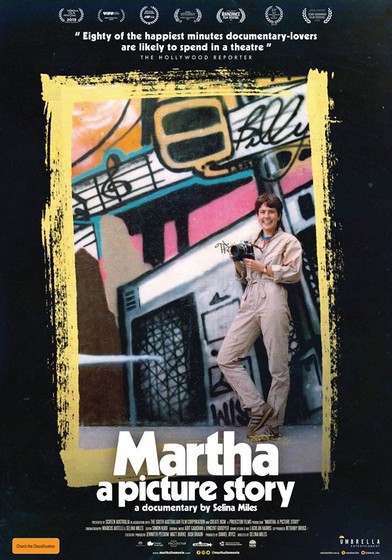 We have 10 double in-season passes thanks to Umbrella Entertainment.

In the 1970s as the boroughs of New York City burned, Martha Cooper worked as a photographer for the New York Post, seeking images of creativity and play where others saw crime and poverty. As a result she captured some of the first images of New York graffiti, at a time when the city had declared war on this new culture.

MARTHA: A PICTURE STORY provides a glimpse into the life of ‘the most iconic photographer you’ve never heard of’.

Who is the director of Martha: A Picture Story?