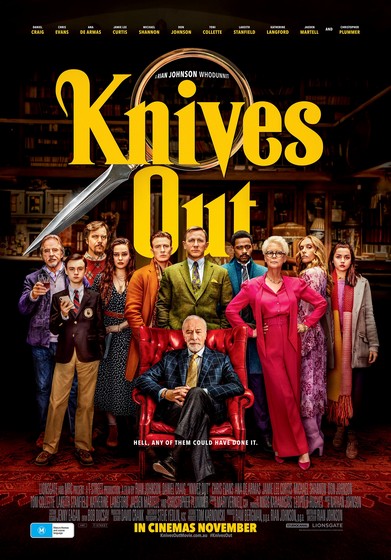 Although not appearing in Knives Out, which actor played the lead in both Rian Johnson’s features Brick and Looper?