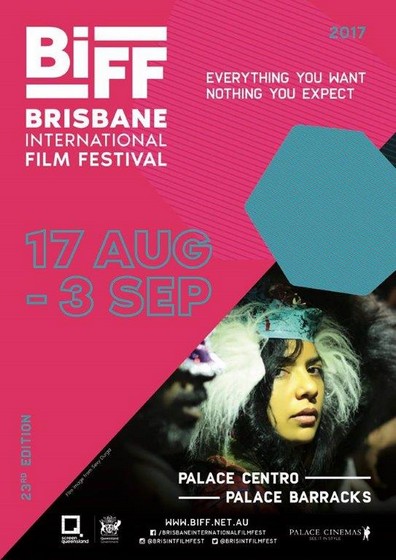 We have 5 double in-season passes (one session each) thanks to BIFF and Palace Cinemas.

Eighteen days, over 100 sessions, over three weekends, BIFF 2017 will screen around 60 international and Australian films and include collaborations the Asia Pacific Screen Awards (APSA), a Queensland Short Film Competition, free family screenings throughout, filmmaker and industry, guests, talks and seminars. It features a red-hot line-up of internationally acclaimed and award-winning titles including the latest works fresh from selection at Cannes, Toronto, Berlin and Sundance. There’s a host of Australian Premieres and films shot in our own backyard making their way to Queensland screens for the first time.

Festival highlights include opening night film THE SQUARE, fresh from winning the prestigious Palme D’Or at the 70th Cannes Film Festival 2017, a darkly funny and wildly entertaining Swedish satire which takes aim at the self-obsessed and decadent art world. LOVELESS, another Cannes-winning masterpiece, is a damning examination of modern Russian politics, oppression and corruption from legendary Russian filmmaker Andrey Zvagintsev. 24 FRAMES is a timeless testament to an incredible artistic talent, and the final film from master filmmaker Abbas Kiarostami. From award-winning director Ildiko Enyedi ON BODY AND SOUL reminds us that in the unlikeliest places and at the most perfect of times, love can blossom with its own infinitive wisdom. The festival closes with THE GO-BETWEENS: RIGHT HERE, part memoir and part concert film, this documentary charts the successes, failures, romances, break-ups, betrayals, triumphs and tragedies of Brisbane musical royalty, The Go-Betweens.

BIFF is everything you want and nothing you expect!

For your chance to win, enter your details below and put “BIFF” in the answer section: