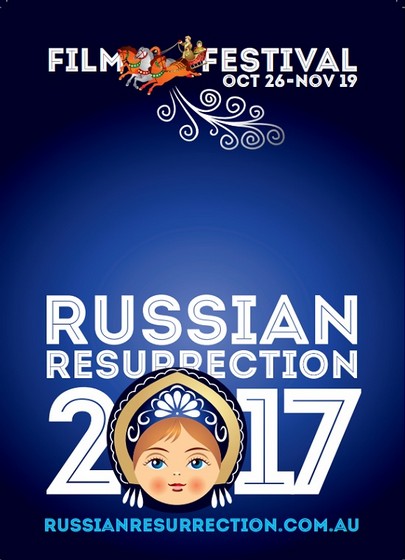 We have 5 double in-season passes to a session at the festival.

*(Tickets valid in Australia only)*
Check the festival website HERE

Fourteen films have been chosen to celebrate one of the world’s most diverse film cultures. VIKING, starring heart throbs Danila Kozlovsky and Svetlana Khodchenkova, is a thrilling, big-budget historic epic. In contrast, the award-winning ARRHYTHMIA is a highly realistic, powerful and gripping arthouse drama. Russian cinema is known for its emotional intensity and Chukhray’s moving drama, COLD TANGO, a film that brings to life the harrowing realities of what it is like to live in a country occupied by oppressive regimes. For something lighter see John Malkovich analyse the subject of love in ABOUT LOVE. ADULTS ONLY. Laugh out loud at the latest cook-off in THE KITCHEN – THE FINAL BATTLE. Buckle up for the girls road-trip film, BLOCKBUSTER, and strap yourself in for Russia’s first alien invasion film, ATTRACTION.

For your chance to win, enter your details below and put “Russian Resurrection” in the answer section.