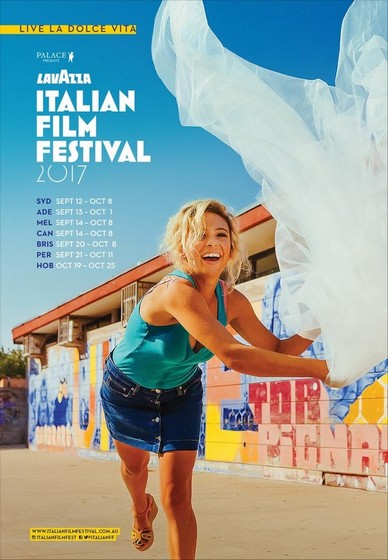 We have 5 double in-season passes (one session each) thanks to Palace Cinemas.

The 18th Lavazza Italian Film Festival (LIFF) screens at Palace Cinemas from 12 September, showcasing a huge program of Italian cinema. LIFF is thrilled to have Milan-born Italian/Australian actor Greta Scacchi on board as this year’s Festival Ambassador. For the first time, the festival is also honoured to introduce the Bulgari Critics’ Choice Award; a new prize to celebrate Italian contemporary cinema with an exceptional partner emblematic of Italian excellence – Bulgari.

For your chance to win, enter your details below and put “Italian Film Festival” in the answer section: