According to American novelist Flannery O’Connor, “the beginning of human knowledge is through the senses”. This underpinning of human perception is at the core of playwright Elise Grieg’s world premiere work Magpie; its all-encompassing description offers theatre-goers immersion into the experience of a Brisbane summer, where thunderstorms threaten for longer than they onslaught and nothing is as cooling as a lemonade ice-block. 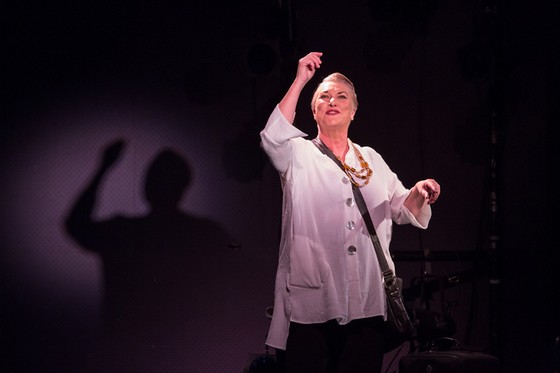 This is all part of the long-ago identity of the story’s feisty central character, recently fallen from critical favour novelist Mordecai (Barb Lowing). Returning home following her father’s death, she discovers more than just the architectural monstrosities that have now taken over the Poinsettias. Her resulting memories are made more vivid by discovery of a long-forgotten brown-paper covered notebook and through this the story is drawn back to 1961 and her attempted investigation, along with neighbourhood friend Splinter (Michael Mandalios) into her parent’s apparent unhappiness. Through the resulting flashbacks we are served glimpses of her fractured and allegedly cursed dysfunctional family and the perpetual arguments of her Romani parents Aggy and Meshack (Kathryn Marquet and Julian Curtis) that caused the teenage Mordecai’s departure. Though its cleverly crafted script, we also discover why she was considered an outsider and nicknamed Magpie, in parallel to the city’s identity search on the cusp of becoming the Brisbane that we now know thanks to the realised promises of Clem Jones as Lord Mayor.

David Walters’ stylish lighting design works well not only to convey the overwhelm of the city’s oppressive heat but to showcase the contrast of past and present within the same scene. While this is a Brisbane story of Australia’s multi-cultural heritage, however, it is also so much more in its expose of nostalgia and the power of going home to a place that no longer is, to which audience members can apply their own experiences.

Lowing is a talented actor that you wouldn’t mind seeing in anything and Magpie represents a wonderful vehicle for her gifts. She is barely of stage for the show’s duration and presents a powerful performance, not just as the cynical and outwardly robust protagonist, and her seamless jumps between her three-times-married, almost-grandmother and teenage self are seamless. There are no weak links in this cast and together its actors present an effective masterclass in character work. Mandalios’ energy as the tell-it-as-it-is Splinter is infectious; he inhabits the character’s essence entirely, down even to his excited run faster than his body. 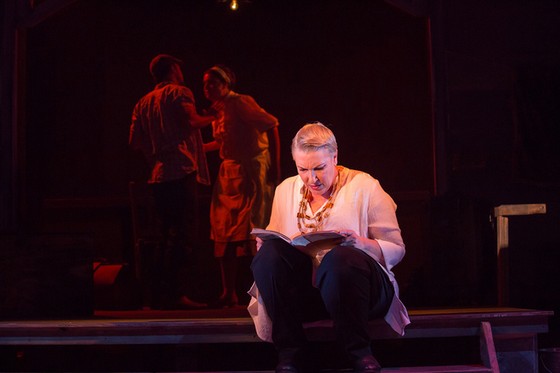 Curtis presents Abby as a proud and passionate rather than just an easy-to anger man and Marquet provides a quiet balance as Mordecai’s mother, burdened with much more than we initially realise. The writing of their migrant observations in particular is quite witty, epitomised in a very funny scene in which Mordecai bring Splinter home to a family dinner, which provides a nice break to the slow-burn dramatic tension of the play’s otherwise dense thematic temperament.

Developed through Playlab’s programs, Magpie is a complex work with integral twists and turns to engage the audience for the entirety of its 90-minute duration. More than just a belated coming of age story, it is a moving experience with a poignancy that sneaks up on you as so often happens in reality when dealing with issues of grief. As many great works do, it has much to say about many things, including the power and generational legacy of long-dormant secrets. Indeed, the depth of its themes and craftedness of its script and will surely ensure its longevity.

Magpie is playing at the Brisbane Powerhouse until June 8 2019.