Passionate and affecting, Lady Macbeth is a tale full of lust and betrayal set in rural England in 1865.

Katherine (Florence Pugh) is stifled by her loveless marriage. Her husband Boris (Christopher Fairbank) is a bitter man more than twice her age (she is 17 and he 40). His cold, unforgiving family only add to the misery. Then she embarks on a passionate affair with Sebastian (Cosmo Jarvis), a young worker  on her husband’s estate. By doing so, she unleashes a force inside her so powerful she will stop at nothing to get what she wants. 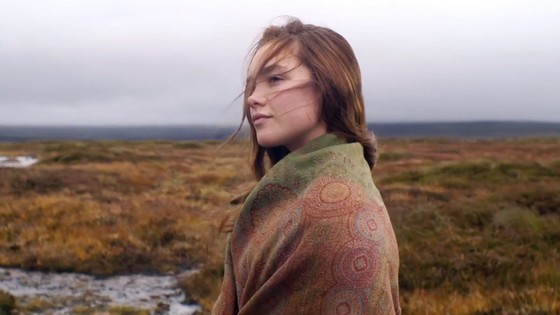 When their shared agent introduced them, the conversation quickly turned to their common interest in feature films. Birch had read the 1865 Russian novella Lady Macbeth of the Mtsensk by Nikolai Leskov.

“In literature of that period,” Oldroyd says, “women like Katherine traditionally suffer in silence, fade away, or commit suicide. But here we have a young protagonist who fights for her independence, decides her own fate in a bloodthirsty way.”

While they relied heavily on the plot of the novella, they made some alterations. They added the character of the maid Anna (Naomi Ackie), for example. They also changed the ending.

Lady Macbeth has the insular look and feel of a play. The mood throughout is sombre and oppressive. The lighting is dull; the sets spartan.

Polar opposites in passion and hatred are at play here. It’s all well captured in a series of taciturn performances intermingled with unbridled frenzy.

Katherine is mere property. Cloistered and hamstrung, she’s told what to do and how to act by two horrible men – Boris and his son, Alexander (Paul Hilton). They are  two peas in a pod, one more severe than the other.

But Katherine takes matters into her own hands in ways they can’t even imagine. What she does is unconscionable. Given her treatment though, the film’s sympathies are with her, at least at first. That is the nexus on which the plot pivots. Katherine’s deep-seated yearning – her basic human needs – are given over to her animal instincts. Like an animal in a gilded cage, her claws are drawn.

Before this is over, blood will be on the floor – figuratively. Getting your own back becomes a question of last person standing. Rated MA, Lady Macbeth scores an 8 out of 10.