When The Little Red Theatre Company first bought Lady Beatle to La Boite, the show soon became one of my favourites of 2017. And from the moment Naomi Price bursts forth with “Sgt Pepper’s Lonely Hearts Club Band” it’s clear the tradition will continue with its return to Brisbane. Her appropriate dress of military-style jacket, retro round John Lennon mirrored glasses and fabulous boots (costume designer Leigh Buchanan) simultaneously sets the tone of swinging sixties London, but also the mundanity of Liverpudlian grey. With the brilliant, virtuosic lonely hearts club band in accompaniment, we are thrown straight into the show’s journey through the Beatles’ catalogue. And with reimagined and reinterpreted songs featuring sparkling original arrangements, what a ride it is set to be, both over the course of the opening night performance and for the duration of the show’s Australian Magical Mystery Tour. 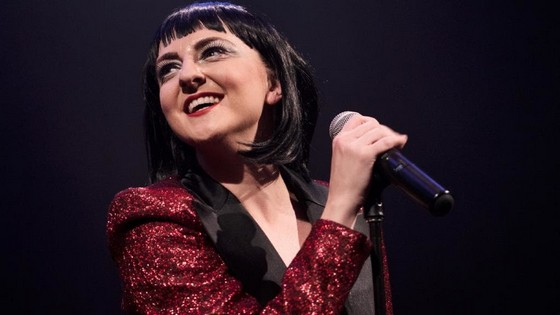 If great cabaret is about taking people on a journey (not just singing some songs), then Lady Beatle is cabaret at its greatest. The songs are threaded together by a story of sorts. Knowing how they will eventually unite doesn’t diminish the show in re-experience. While the “aha” moment of revelation of the identity of Price’s character is lost, in its stead is an appreciation of the cleverness of its story’s tapestry.

Like the collection of music we are celebrating, Lady Beatle is far from being one-note in its approach. Re-imagining of the Fab Four’s songs bring them to new life in accompaniment of its tender and personal story. The musicians work wonderfully together to realise the show’s bold and diverse soundtrack and are also fittingly given their own times to shine. Most notably, on guitar, Jason McGregor’s solo makes “Got To Get You Into My Life” complete, while, on drums, Mik Easterman belts us into an upbeat, eclectic medley of “Love Me Do”, “Revolution” and “Let It Be”.

Price’s voice is also as on-point as ever, ranging from rich reverberation in “Eleanor Rigby” (also featuring a stunning string arrangement by Bass Guitarist Andrew Johnson) to the gentle emotion of a stripped-back “With a Little Help From My Friends” and the stirring strength of a poignantly heartfelt ‘Don’t Let Me Down’.

Jason Glenwright’s impressive lighting is as kaleidoscopic as the night’s soundtrack and represents a key component of the show’s experience, from its sparking accompaniment to “Lucy in ihe Sky With Diamonds” to bathing the Roundhouse Theatre space in blue for later yearning. And while lighting band members in separate colours seems like such a simple idea, it works perfectly to invigorate peppy early-career numbers of the “Twist & Shout” sort. Indeed, lighting is integral in emphasising the musical mood throughout the show to its “Here Comes The Sun” concluding celebration. 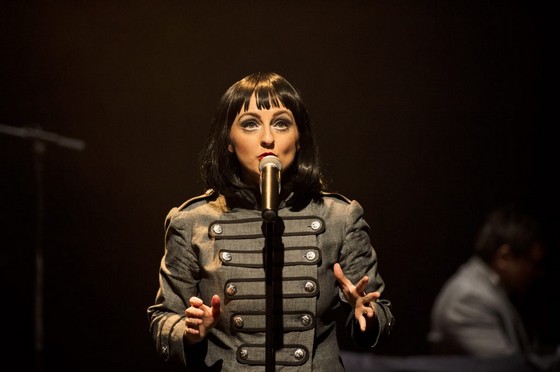 The Little Red Theatre Company’s story of the Lady Beatle may not be the one you expect, but the show is all the better for this, especially given Price’s genuine charm as a performer. She is playful with the audience, often taking herself into the crowd, including to make a paired-back “Penny Lane” an early highlight, and her energy is infectious. Even in the show’s emotional moments, in her hands, the experience still resonates with joy… because who doesn’t feel good in clap and sing-a-long to classics like “Yellow Submarine” and “Hey Jude”.

It might be 50 years since The Beatles’ historic final rooftop concert, but with creators Adam Brunes and Naomi Price, the band’s biggest chart toppers are able live on anew. As its yellow submarine-sized tour across the country is sure to be, its experience seems to be over all too soon, leaving audience members departing with smiles on their faces, warmth in their hearts and wish for a soundtrack release in order to keep relieving its joy.