Sitting there watching Fifty Shades Freed, the final instalment in the Shades of Grey trilogy, I could only think, “Lame, tame and who to blame?” So very little happens … for so much of the film. Yes, the characters have sex – most of it conventional and a few turns in the red room – but that, too, is little more than beige. 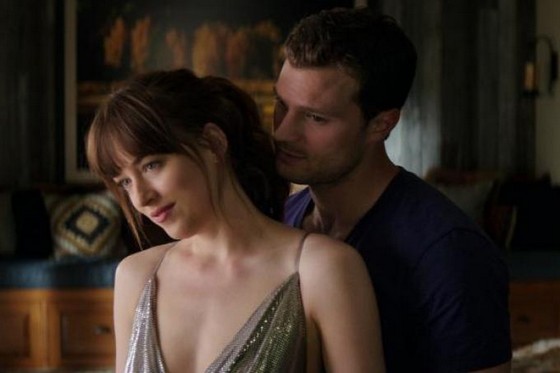 Believing they have left behind shadowy figures from their past, newlyweds Christian (Dornan) and Anastasia (Johnson) embrace an inextricable connection and shared life of luxury. Ana goes back to work, with an upgrade as Fiction Editor, at the book publishing firm Christian owns. But lurking in the shadows is Ana’s old boss (and someone Christian grew up with) in Jack Hyde (Eric Johnson). He’s out for revenge.

So, I have now seen all three Fifty Shades movies and this was the dullest of the lot. I think the only slight bit of excitement comes three-quarters of the way through when Ana is given an ultimatum. That becomes the film’s tipping point.

Yes, the vistas are breathtaking and the Greys’ jet-setting lifestyle is enviable; but pretty pictures alone don’t sustain a movie. Fifty Shades Freed has soapie written all over it. I thought I was watching a series of uninteresting episodes from the ‘80s TV series Dynasty.

The acting in general is barely passable, save for Dakota Johnson, who – I believe – is the best at it.

So, thank goodness that’s over. The Fifty Shades series limps over the line but doesn’t go out with a bang.