Powerful, distressing and humorous, The Father is MTC’s best production of the season.

Andre (played by John Bell – founder of Bell Shakespeare) is 80 years of age. Constantly losing his watch is the least of his worries. Although he steadfastly refuses to acknowledge it, he can no longer look after himself. His daughter Anne (Anita Hegh) is beside herself with worry. Andre’s aggressive behaviour has seen one carer after another leave, as his struggles with dementia deepen. At times his imagination gets the better of him. He can be charming and witty, but equally argumentative and hurtful. 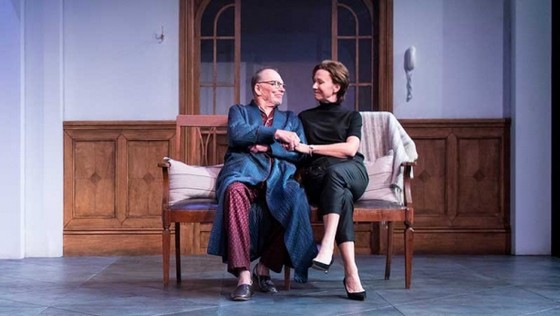 Andre and Anne live in Paris, but Anne, who is a divorcee, has fallen in love again. She wants to move to London to be with the new man in her life. This however is anything but straightforward when her father is in such a precarious state.

Bell produces one of the best performances of his long and illustrious career as Andre. Hegh, too, is excellent as the dutiful daughter caught between weighing up her options and those for her dad.

Florian Zeller’s writing is top shelf, enabling the audience to ride the highs and lows of a journey that, unfortunately, can only end badly. But along the way there is fun to be had; as well as plenty of heartache, anger and fear.

The Father is deeply affecting. It’s a play you long to discuss immediately after exiting the theatre. The pacing is spot on as the story interweaves fact with delusion. The play unfolds through myriad scenes, some lasting several minutes and others but seconds. The tale cuts back and forth between time frames. A couple of the actors appear in different guises. Just why becomes clear towards the end. 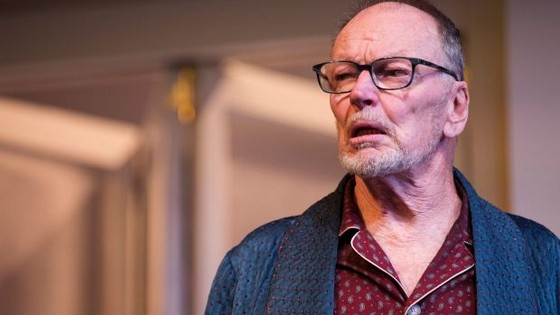 Thought provoking and mesmeric, The Father is 95 minutes (without interval) of raw, emotional theatre at its finest. It was a hit in France before Christopher Hampton (Atonement) translated it into English. It repeated its success in London and New York. Now, thankfully, it is our turn to experience it in its full glory.

The Father is playing at Fairfax Studio, Arts Centre Melbourne until 16 December 2017.

* I saw a preview performance of the play.