Lively, colourful and at times exhilarating, Bring It On, The Musical focuses on the competitive world of cheerleading. With music by Tom Kitt and Lin-Manuel Miranda, lyrics by Amanda Green and Miranda and book by Jeff Whitty, the Tony Award-nominated musical was inspired by the 2000 film of the same.

On her last day of junior year, Campbell Davis longs to be named captain of Truman High’s cheerleading squad; and the chips fall her way. Her first job is to replace the graduating members and she takes a chance on her neighbour Eva. But Campbell is horrified to learn she’s been “re-districted” to another school, Jackson High, where they don’t have a cheerleading squad. They favour hip-hop there. 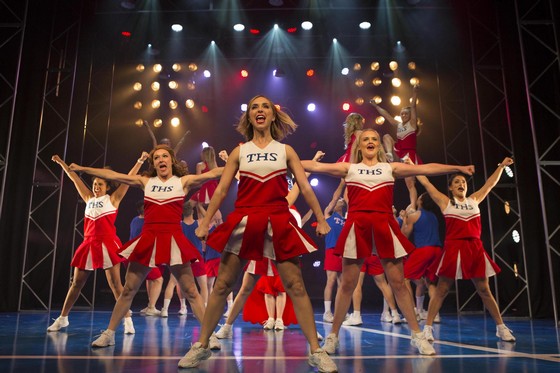 Due to a verbal slip, things at the new school get off to a very shaky start for Campbell. But the head of Jackson’s dance crew, Danielle, gives her a second chance. Campbell however lets retribution against the scheming Eva – now head of Truman’s cheerleaders – get in the way. She concocts a lie to get Danielle and her crew to create a cheerleading squad of their own to take on Truman High at the national championship. It’s a lie that will come back to bite her.

In a slightly unusual but understandable move on opening night in Melbourne, the director Alister Smith took to the stage to explain how badly the company had been affected by illness over the previous week. In the wake of that announcement, I can only praise the actors even more, because it didn’t show.

The lead vocals, led by the enthusiastic Kirby Burgess as Campbell, were strong; and the chorus numbers infectious. Jasmine Smith brings the right amount of sass to her role as Danielle. Baylie Carson is fabulous as the nerdy Bridget, whose life takes a U-turn when she, too, is forced to move from Truman to Jackson High. Emily Thompson revels as Campbell’s original 2IC, the snooty Skylar, while Karla Tonkich blossoms as the self-centred Eva. Thomas McGuane is smooth as the understanding Jackson DJ Randall and Dayton Tavares a revelation as Jackson’s love-struck Twig. What moves that man has! In fact, all 26 cast members do a fabulous job.

The messages about integrity, overcoming hurdles and inclusiveness continue to resonate … in fact probably more so than ever. The cheerleading theatrics really hit the mark again and again. The music is pulsating and the dancing electrifying, building to a crescendo as Truman and Jackson Highs go head to head. 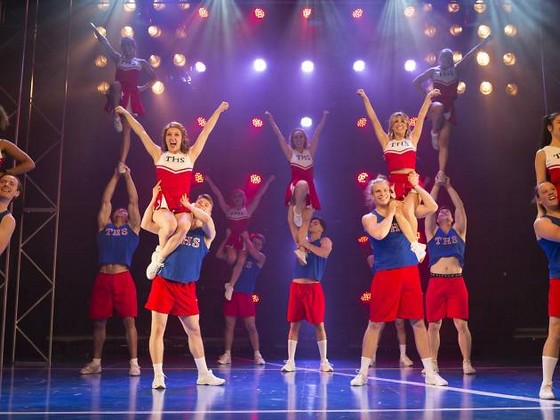 Rhiannon Irving has done a great job with the costumes. Michael Ralph has woven magic with his choreography, as has cheerleading coach Natalie Commons; while music director Daniele Buatti is on a winner. As set designer, Nathan Weyers has made good use of red lockers that double as graffiti art spelling the word “Jackson” and bleachers to give us a high school feel.

The story will undoubtedly stir students, but it certainly doesn’t stop there. It’s genuine family entertainment.

Bring It On, The Musical is playing at the Athenaeum Theatre, Melbourne until 28 July. It then moves to Her Majesty’s Theatre in Perth from 8 – 18 August, before taking up residence in Sydney’s State Theatre from 27 August to 8 September 2019.