Book Week is the comedic tale of a complete screw-up who never seems to learn. And, believe it or not, he’s a high school English teacher who, of course, should know he is setting the worst possible example. 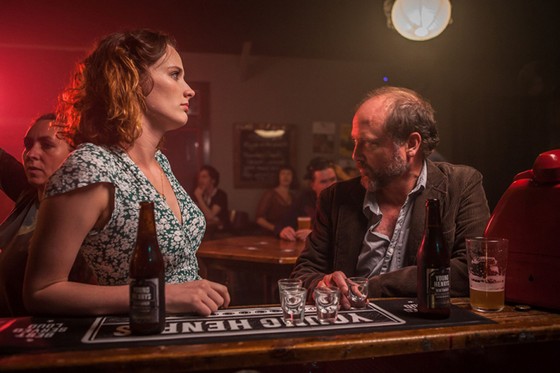 Budding author, Nicholas Cutler (Alan Dukes), has been waiting 44 years for his life to start. Well, the version of the life he’s played out in his mind, not the insipid one fate has dished up. A self-professed, “undiscovered literary genius”, Cutler has been wanting so long for the dream to become a reality that he’s starting to crack. Not even his serial womanising and boozy nights can suppress his artistic suffering anymore.

Just when it looks like he may have to accept a life of failure, it seems Cutler’s ship might have come in. His sixth manuscript – a cheesy teen horror romance – garners the interest of a couple of young publishers. He simply has to be on his best behaviour for a week to get the green light.

Writer and director Heath Davis penned Book Week in 2010 during his time as a frustrated high school English teacher. At the time, he was trying to get his first film made whilst refusing to accept the idea that his lifelong dream may never eventuate. He went on to make that initial feature, Broke (2015), and Book Week is his follow-up.

Davis paints Cutler as a lovable larrikin, despite his total disregard for decency. I’m not convinced he quite comes across like that. I also don’t know why (given how he looks) he’s pitched as quite the ladies’ man. Again, I have no idea whatsoever where the appeal is.

Still, Dukes does a good job inhabiting the character. He’s very much the centerpiece of the film. But there are several other colourful characters that also appear – his colleagues, associates and family.

Early on it seems that at some point the penny will have to drop. I suppose you really just wait for that to happen, enjoying the shenanigans along the way.

Sure, I enjoyed a laugh or two, but if this bloke isn’t the worst teacher you could ever have, I don’t know who would be.