The Bodyguard plays a significant role in the lives of many a thirty- and forty-something woman. For many of us, it was the first blockbuster movie we saw as teenagers, and it certainly features heavily in the soundtrack of our lives. I don’t know how many times I sang those Whitney Houston tunes at the tops of my lungs in my bedroom in the early nineties (my poor neighbours!).

The current stage adaptation touring Australian capital cities captures stars one of Australia’s foremost pop divas, Paulini Curuenavuli as Rachel Marron, in a performance that honours the legacy of Ms Whitney Houston admirably. Props also go to Prinnie Stevens in the supporting role of Nikki Marron, who also has the opportunity to belt out a few heart stoppers and proves herself as a strong all-round performer. 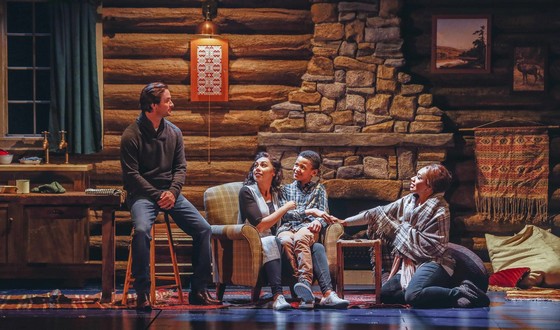 Kip Gamblin, an accomplished dancer as well as the TV actor, receives equal top billing in the role made famous by Kevin Costner but he gets zero chance to show his full talents the audience as the subdued and serious Frank Farmer. Both Gamblin and Paulini have undertaken serious character studies and the direction and their performances are mostly faithful to the film – Paulini’s Marron has slightly less attitude, making her more likeable. Accents are flawless, which is quite important in the case of the iconic actors who made the roles their own.

Brendan Irving tackles the villain role with sinister aplomb, even when the staging and choreography is working against him. The child playing Fletcher at our performance was also excellent. Young Rome Champion is a wonderful dancer and gives grounding and warmth to many scenes with the principal cast.

Program notes from the set and costume designer Tim Hatly outline some of the challenges producers face when taking a film script to a stage scenario. Fast scene changes are tackled well through an adaptive set of sliding panels and screens that transport the audience for mansion to night club to recording studio. The glittering costumes during dance sequences are layered effectively with ‘day clothes’ for fast changes – one of which occurs on stage! A tinted projection screen is lowered on occasion, but the content doesn’t add much to the show. It could easily have been omitted at no loss to the staging. 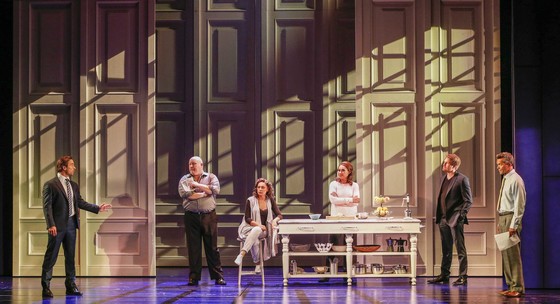 Lighting and sound effects are employed to add drama and mood, with mixed results. A few moments which should be peaks of tension (as in the film) garner giggles for their hammy and clunky staging – consultation with an expert fight director/choreographer would have enhanced the critical stalker scenes. The dialogue and interstitials that carry this storyline are generally well done though, and evoke the eerie feeling of being watched.

The modernisation of the story to include social media works both for and against it. Mentions of social media as part of the publicity cycle make it relevant to new audiences; but Frank’s backstory of his Secret Service days with well-known political figures are lost, so his fervour to keep the Marrons safe is not explained as well as the in the film.

As with most songbook productions, The Bodyguard shines in its musical numbers, which are interspersed at regular intervals to add drama or switch gears. Songs from the film as well as Houston’s biggest hits are woven throughout the show and always well received. The ensemble performers are top-notch and as previously mentioned, the vocals are outstanding. The I Will Always Love You finale is stark and allows Paulini’s performance to be the show-stopper the audience has been waiting for. 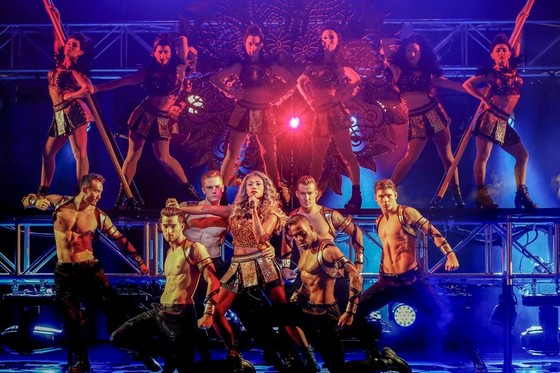 Movie adaptations are hard – while the stage-to-screen process seems to be working well, the reverse can be problematic. The same can be said for books – how many adaptations of well-loved novels and biographies are lauded as successful on stage, or screen? Wicked is the only modern production that springs to mind – Dirty Dancing didn’t fare so well. The Bodyguard hovers somewhere in between. Early reviews complained of stilted performances in between glorious song and dance numbers, but I thought the acting was well-rounded and faithful to the film. Most of us were there for the music though, and Paulini and Prinnie certainly deliver the goods.

The Bodyguard is only playing in Brisbane for three weeks before heading to Melbourne in late August. Check www.thebodyguardmusical.com.au for up to date ticket pricing and further tour dates.