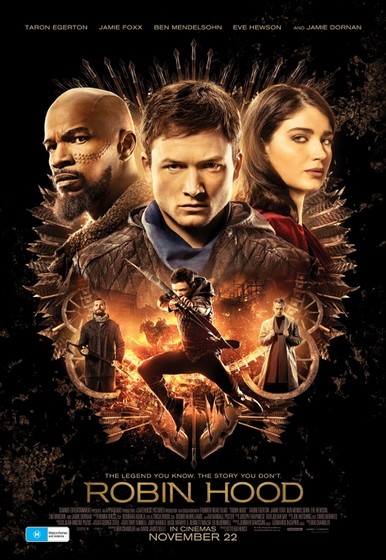 Robin of Loxley (Taron Egerton) a war-hardened Crusader and his Moorish commander (Jamie Foxx) mount an audacious revolt against the corrupt English crown in a thrilling action-adventure packed with gritty battlefield exploits, mind-blowing fight choreography and a timeless romance.

Robin Hood stars Australia’s own Ben Mendelsohn as the evil Sheriff of Nottingham. Mendelsohn also played the villain in which instalment of the Star Wars sagas?