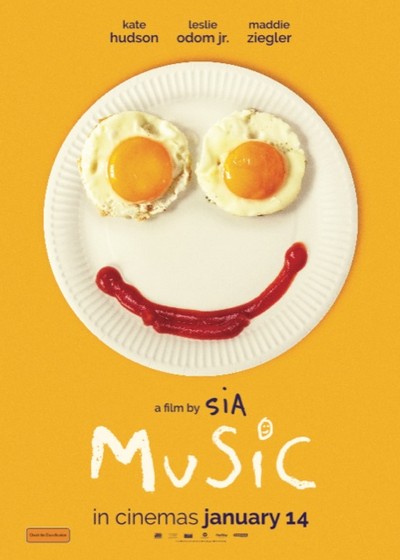 Music is the directorial debut of acclaimed singer SIA. Starring Kate Hudson & Maddie Ziegler set to an original soundtrack by Sia – this film is ready to be launched on the big screen. Hudson plays a free-spirited addict, Zu, estranged from her family who suddenly finds herself the sole guardian of her half-sister, played by Ziegler, a teenager on the autism spectrum (non-verbal). Ziegler’s special abilities challenge Zu and she learns to overcome life’s obstacles with help from a neighbour. Music is a visual splendour, full of music and at its core, heart and family. Music will strike a chord with audiences everywhere JANUARY 14.

Kate Hudson, who stars in Music, get a big break back in 2000 when she starred in which music-themed film directed by Cameron Crowe?