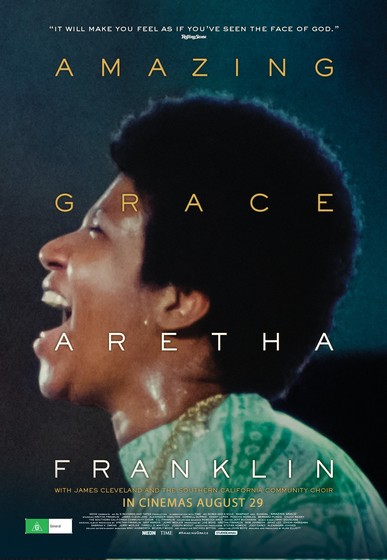 We have 15 double in-season passes thanks to StudioCanal Australia.

The never-before-seen music documentary capturing Queen of Soul ARETHA FRANKLIN, as she records the most successful gospel album of all time, AMAZING GRACE with James Cleveland and the Southern California Community Choir.

Recorded at The New Bethel Baptist Church in Watts, Los Angeles in January 1972. AMAZING GRACE is crafted from never-before-seen footage that captures an elegiac moment in American musical history whilst saluting the get-up-on-your-feet gospel heritage that transformed American music in the 1960s. In Cinemas 29 August 2019

Amazing Grace of course features the legendary Aretha Franklin. Way back in 1980, she appeared in which now-legendary film directed by John Landis and starring Dan Aykroyd and John Belushi?