– A Christmas Gift from Bob – 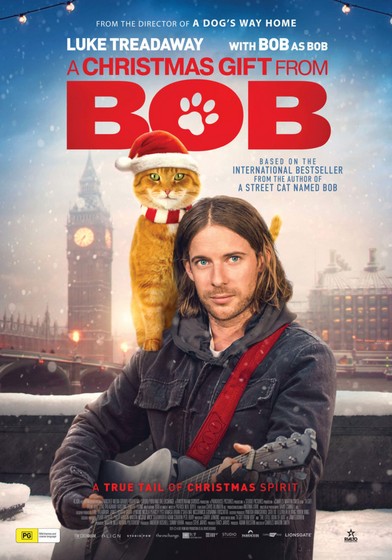 Based on the international best-selling books, this heart-warming tale is the sequel to the hit film A STREET CAT NAMED BOB, based on the true story of homeless busker, James Bowen and his handsome ginger tom Bob, a stray whom he nursed back to health. From the day James rescued the injured street cat whom he found abandoned in the hallway of his sheltered accommodation, the two began a friendship, which transformed both their lives and touched millions around the world. In A CHRISTMAS GIFT FROM BOB, James looks back at the last Christmas he and Bob spent scraping a living on the streets and how Bob helped him through one of his toughest times – providing strength, friendship and inspiration – ultimately teaching each other about the true meaning of Christmas spirit along the way.

For your chance to win, enter your details below and put “Ginger” in the answer section.