War Horse stands as a case study of the perfect theatrical experience. In all departments, whether it’s the plot, script, acting, lighting, sound, direction, costumes or set design, standards are exemplary. Be aware though, sentimental heartstrings will be pulled, stretched and battered as the story of Joey the War Horse unfolds. 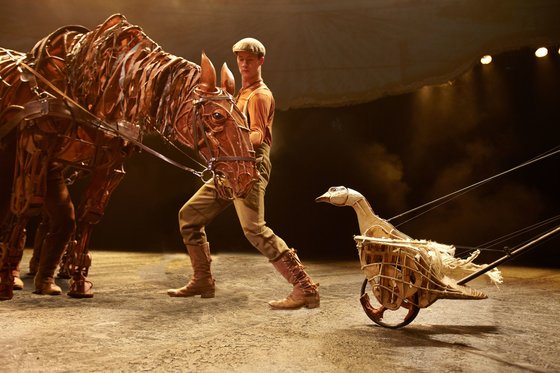 Based on the novel written by Michael Morpurgo and adapted by Nick Stafford, the play is a moving saga about a farm horse in country Devon that is sold to the British Army at the start of The Great War. During the war, Joey endures a series of battlefield horrors, serves both the British and the Germans and transports wounded soldiers.

A human story is told in parallel, as we follow Joey’s original young trainer Albert in his dedicated pursuit to be reunited with his beloved horse. War Horse is gripping from start to finish.

Fundamental to its success is the outstanding work of South Africa’s Handspring Puppet Company. It takes puppetry to a new level. Forget about two men in a horse suit, Joey and his stablemate Topthorn are full-scale metal and fabric creations, which remarkably replicate every conceivable action of flesh and blood creatures. There are no overhead strings as they are manoeuvred by a number of handlers who appear almost invisible.

Other puppeteers come and go with geese and flying birds. The puppets are magnificently conceived and relatable. Lighting, sound and staging is also outstanding. Farmhouse, battlefields and other scenes are portrayed on a raised screen, like a page torn from a book. Haunting Celtic tunes help create the war time period sense of calm in village life. In contrast, dramatic lighting, smoke and sound effects depict the frenzy of war. 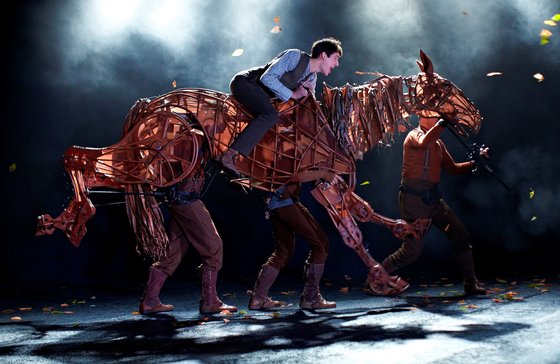 Sydney’s Lyric Theatre is ideal for this production. The wide stage and high clearance provide ample room to accommodate the cast of 34, along with 20 puppets.

War Horse is total entertainment. Its subtle anti-war theme resonates. It is fascinating and inspiring, sparking the imagination like few other productions. It is good for all ages. It is playing at the Lyric Theatre until 15th March, 2020.