The way I remember it, the game of truth or dare can get you in to trouble. But hardly as much trouble as it is in the hands of a bunch of college students in this movie. For them, it becomes deadly. 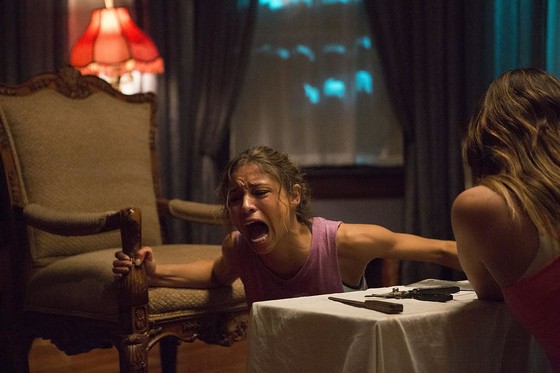 These friends get together for one last Spring getaway before graduation. But what they get is a whole lot more than they bargained for. Lucy Hale stars as Olivia, the sensible one of the group who hooks up with a seemingly innocuous guy, Carter (Landon Liboiron) – who has a hidden agenda – leading to dastardly consequences. Among the mates are Olivia’s best friend and roommate Markie (Violett Beane) and her boyfriend Lucas (Tyler Posey). Carter is caught up in a supernatural death game where the rules are simple. Once you’re asked, you’re in. You must tell the truth, or you die.  You must do the dare, or you die. If you stop playing the game, then you die. In order to avoid death, Carter ropes fresh blood into the game. Most, if not all of them, won’t survive.

The trailer was promising. I looked forward to seeing the film. But the picture turned out to be reasonably lame. I felt let down. It wasn’t as frightening as the incidents depicted suggest it should have been. It’s squarely aimed at the 18 to 25 year old market, but I’m not convinced they would think any more of it than I did.

The conundrum that forms the premise is a good one for a horror. What I felt was lacking was the tension – the jump out of your seat moments.

I thought the character development was also thin. I didn’t care enough for what happened to members of the group before they were knocked off. That gets back to the writing. I wanted and expected more. Co-writer and director Jeff Wadlow (Kick-Ass 2) had the right idea, but the big thrills were missing.