It may follow the playbook, but The Way Back still grips tightly. 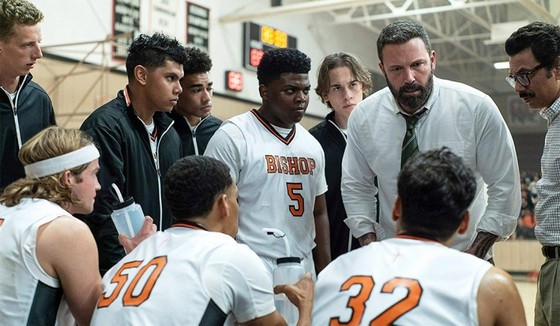 Back in high school, Jack Cunningham (Ben Affleck) had everything going for him. A basketball phenomenon, he could have punched his ticket to college or even the pros. Instead, he chose to walk away from the game, forfeiting his future. Jack’s glory days are long gone, but, as it turns out, not forgotten. Years later, he gets the chance to take back his life when he is asked to coach the struggling basketball team at his alma mater – a Christian high school. Jack reluctantly accepts, surprising no one more than himself, and as the boys start to come together as a team and win – something that hasn’t happened consistently for a long time – Jack may get his last shot at redemption. Still, his demons threaten to tear him apart.

Until he was offered the coaching job by the head priest at school he lived a very lonely existence, having isolated himself from his family and friends. Behind him is a wife, Angela (Janina Gavankar) and a prickly relationship with his sister, Beth (Michaela Watkins). As the movie unfolds, we get to understand why that is.

Notwithstanding its predictability, I found much to like about the screenplay, direction and performances. Foremost amongst them is the showing of Affleck as Jack, a shell of a man who has a deep yearning for what was and what can never be.It is very much a film based around him and he doesn’t disappoint. The secondary players also play their parts in moving along the story arc and fleshing out his pain.

While offering no real surprises, The Way Back – written by Brad Igelsby (Run All Night) and directed by Gavin O’Connor (The Accountant) – is a decent film about human weakness and redemption.