This visually sumptuous but glacially paced coming of age drama tells the story of May (newcomer Nguyen Phuong Tra My), a 14-year old girl who is married off to Hung (Le Vu Long), a wealthy older landowner, to settle a debt. She is the man’s third wife. To cement her status she needs to produce a male heir. When she eventually falls pregnant she has high expectations. But her pregnancy also causes some tension between her and Hung’s other two wives. 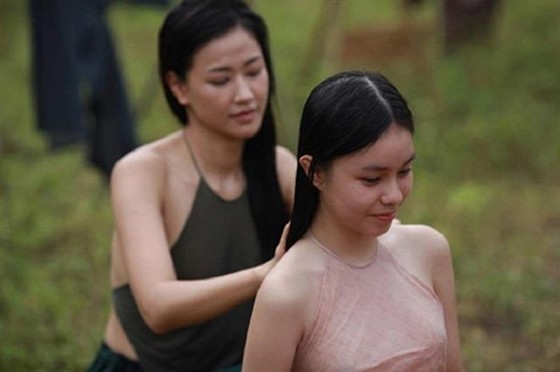 May also becomes obsessed with Hung’s second wife Xuan (Mai Thu Huong Maya). But May is also a victim of a patriarchal society which places traditional constraints on women.
Set in rural Vietnam in the 19th century, The Third Wife is an uncomfortable film to sit through as it follows May’s difficult journey of self-discovery and independence. The film is critical of the country’s archaic patriarchal traditions, its polygamous society, the systemic subjugation of women and the mistreatment of lower classes. It is a story of forbidden love and difficult personal choices. Given its themes and subject matter it’s not surprising that the film has been controversial in its home country and attracted the ire of the local censors and was briefly pulled from cinemas.

Funded through NY’s Spike Lee Production fund, which finances independent films from aspiring new talent The Third Wife is the feature directorial debut for Ash Mayfield, who has previously made a handful of short films. The story has been inspired by the experiences of her own grandparents who were also forced into arranged marriages in Vietnam, but she has also drawn upon her own knowledge of the culture and traditions of this rural region to inform the film. Her direction is restrained, and she maintains a detached distance from her central character. But the drama still shows how this society and its traditions are inherently flawed.

The little-known cast deliver intimate and understated performances. Dialogue is used sparingly here. Mayfield relies on the ethereal, sensual visuals and the ambient soundscape to tell the story and she tries to capture the pace and rhythm of life in this remote village. But she also permeates the material with a sense of foreboding.

The film has been beautifully shot on location in remote regions of Vietnam by cinematographer Chananun Chatrungroj (Pop Aye), who attended film school in New York with Mayfield. This lends a rich authenticity to the setting and its visuals are certainly a highlight. Chatrungroj uses soft, natural light where possible, and she captures plenty of gorgeous images of the mountains, jungles and rivers to give us a strong sense of place. These natural elements also serve as symbols of May’s emotional and physical journey, which is juxtaposed against the life cycle of silkworms.
The Third Wife’s slow pacing and melancholy tone will mainly appeal to cinephiles looking for something a little different, and it should do well on the film festival circuit.