If you like your movies slow cooked, then The Souvenir may be one to consider. Not a lot happens and even when it does it takes its sweet time to get there. It took me the best part of a half hour or more to get into the picture. 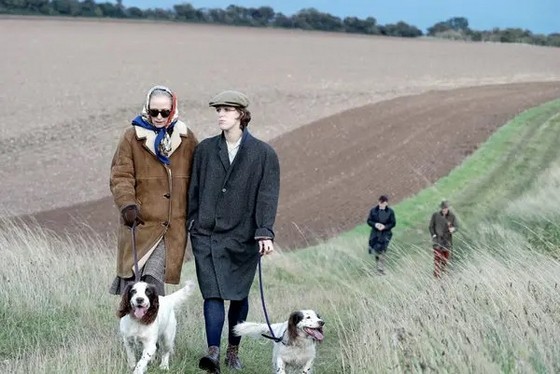 The Souvenir is set in the 1980s, and follows a budding filmmaker Julie (Honor Swinton Byrne in her feature film debut) and a secretive foreign office employee, Anthony (Tom Burke) who has a heroin habit. She’s thoughtful, considerate and caring. He’s arrogant, aloof and dismissive. Yet Julie is drawn to him. Her studies take a back seat as she struggles to deal with his demons. She defies her protective mother Rosalind (Tilda Swinton) and concerned friends as she slips deeper into an intense, emotionally fraught relationship.

So, the film stars real-life mother and daughter, playing mother and daughter (with most focus on the latter). The characters are well drawn and all-round the performances are convincing. Much attention has been paid to the careful framing of the shots.

The Souvenir is the fourth feature from British auteur Joanna Hogg. It’s her warmest, most sensual and most personal work to date. Julie who resembles – at least in outline – Hogg’s younger self in this compassionate, unguarded portrait. The film allows Hogg to re-imagine and expand on parts of her own story.

Decidedly art-house in style, The Souvenir will have strictly limited appeal. I found it interesting to a point but unnecessarily drawn out.

The Souvenir is available via Kanopy. You can download the app, and get access to 10 free films a month with a valid library card from any library in Australia. You can also rent or buy on iTunes, Google Play and YouTube.