Steven Spielberg must be wondering why, 43 years on, the legacy of Jaws would be such mush as The Meg. Quite frankly, I was horrified for all the wrong reasons. 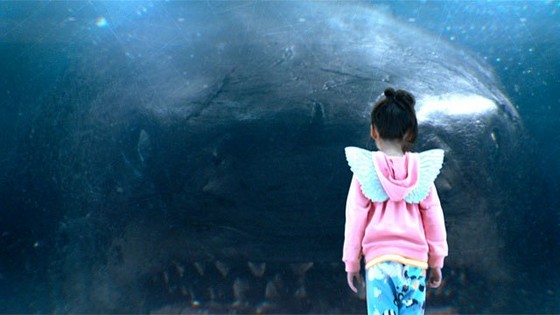 A deep-sea submersible has been attacked by a massive creature. It now lies disabled at the bottom of the deepest part of the Pacific Ocean with its crew trapped inside. With time running out, former deep-sea rescue diver Jonas Taylor (Jason Statham) is drawn out of self-imposed exile by a visionary Chinese oceanographer, Dr. Zhang (Winston Chao). Mind you, his daughter, Suyin (Li Bingbing), thinks she can rescue the crew on her own.

But it will take their combined efforts to save the crew, and the ocean itself, from this seemingly unstoppable threat – a prehistoric 75-foot-long shark known as the Megalodon. Thought to be extinct, the Meg turns out to be very much alive … and on the hunt. Five years before, Taylor had encountered this same terrifying creature, but no one had believed him. Now the creature is back.

The Meg is corny, superficial, puerile nonsense. Yes, I get that the film’s aim was to have fun and add some genuine scares … and so on that level alone you could give it a small tick. But I haven’t seen such a heavily cliched big screen movie in years … and I’ve seen plenty of dogs in that time. And it seemed to go on forever. I just wanted it to end, so the pain would go away.

Jason Statham was the workmanlike saviour; Ruby Rose not to be messed with as Jaxx and Rainn Wilson suitably glib as a wise-cracking billionaire. I quite liked all of them. So, that wasn’t the problem. Rather, it was the script by Dean Georgaris (The Manchurian Candidate) and Jon and Erich Hoeber (RED). Jon Turtletaub’s direction also leaves a lot to be desired.

If stupid is what you’re after, then watch The Meg. Otherwise, spend your time more wisely.