Living in New York is an expensive exercise for an arts student, and yet there is one person in Nat’s class who seems to have it all together as everyone else is scrounging for a buck. The world of Sugar Daddies, and their lovely young Sugar Babies, is at first oddly appealing to read of in The Arrangement.  Hell hath no fury though like that of a Sugar Baby, derailed from her dreams of a happy ever after with her super rich, charming and of course much older sponsor. 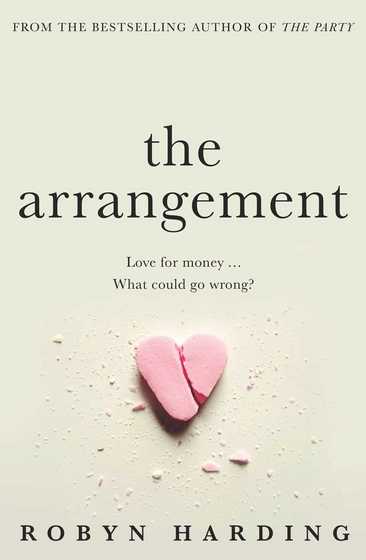 Nat has her eyes opened big time when she accepts an invitation from her gorgeous classmate to study together at Ava’s penthouse apartment.  Ava has always seemed to dress too well for an arts student and clearly has has no financial concerns to keep her awake at night. Ava explains to the envious Nat that all her comforts are paid for by wealthy male sponsors who appreciate the company of a young attractive woman – both on their arm when out on the town and later between the sheets.  Rich men are prepared to pay very well for their pleasure and the pleasure of sugar babies is not always about raking in the dollars.

It doesn’t seem like much would be required by Nat in order to cash in on the interest of a couple of wealthy older men.  Gabe however doesn’t fit Nat’s expectations of the desperate and lecherous type that Nat had steeled herself to encounter. Gabe is of course very wealthy, but he is also protective, intelligent, charming and gorgeous.  Nat falls for Gabe hard and begins to fantasize that their relationship is progressing into something more long lasting.  Gabe’s daughter won’t be a hindrance to them much longer, Nat is sure, as eighteen year old Violet is soon to graduate high school and intends to take a gap year overseas. Out of the blue however Gabe presents Nat with an expensive goodbye bracelet and announces that their mutually beneficial arrangement is now over.

Two days with Nat and Gabe canoodling around in my pods was multitasking time well spent.  For a thriller that you would expect to scream with raunch, The Arrangement is surprisingly light on the sexual particulars.  This is a frothy thriller laced with the illicit appeal of windfalls usually denied to the young.

It all seems quite reasonable initially when Nat begins to investigate how best to keep herself afloat in one of the world’s most expensive and glamorous cities. As with all power imbalances though, there is a cost to the one in the relationship who hasn’t yet developed the emotional fortitude necessarily to deal with rejection.  What at first seems like satisfyingly empowering territory for twenty one year old Nat to navigate soon becomes the obsession of the rejected.  Nat has forgotten one of the most important realities of a sex worker – it won’t last, and it isn’t real.

The Arrangement is an escapist thriller set in the sparkling world of relationships for hire, which we are led to believe are more common than generally thought between college students and rich men who prefer to keep their marriages separate from their sex lives.  This is not high literary fiction and nor does it claim to be – what The Arrangement is instead is a wickedly entertaining and racy read of what people are capable of when their dreams are thwarted and revenge becomes more important than survival.

Popcorn reading for our troubled times, The Arrangement could be your latest guilty pleasure of scandalous and sugary fun that is delivered perfectly – not too heavy, not too light.

The Arrangement is published by Simon and Schuster. This review refers to the audio book available via Audible.