The fast-paced and decidedly “now” thriller Searching employs social media in its full glory. It also marks the first time a mainstream Hollywood thriller has been headlined by an Asian-American actor. 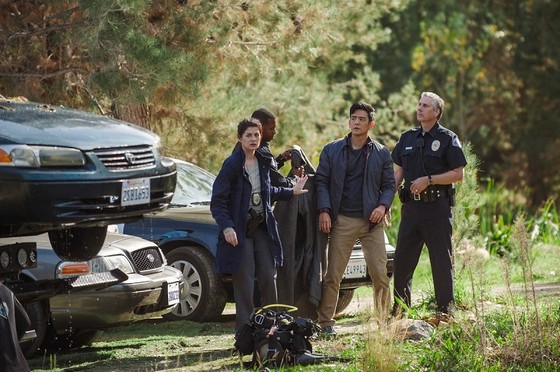 One night, 16-year-old Margot goes to her study group. While David sleeps, she calls him three times. He only discovers the calls the next morning, but when he tries to phone back she doesn’t pick up. He assumes she’s at a piano lesson, but her piano teacher reveals she cancelled her lessons six months earlier. David reports Margot missing and Detective Rosemary Vick (Debra Messing) takes on the case. But the investigation hardly goes as expected. David does his own sleuthing in the one place where all secrets are kept today: his daughter’s laptop.

The movie plays out via the tech we use every day to communicate – social media, texts, emails, photos and video snippets. Searching is an incredibly clever piece of work that holds you throughout as the intrigue builds. Red herrings are everywhere, but some supposed red herrings turn out to be anything but. And then the twist (that I won’t reveal).

I thought the opening sequence (which charts the growth of Margot with her loving family), was extremely well conceived and executed. It drew you in because you sensed this happy family was going to drop off the cliff.

Jon Cho brings a brooding intensity to his role as the distraught father. I can’t recall a scene he wasn’t in, so he had a big part to play … and he played it well. The snappy exchanges on various social media platforms bring the most out of the screenplay. That component, that may in others’ control have appeared dull, was anything but in the hands of director Aneesh Chaganty, who also co-wrote the piece with Sev Ohanian. Searching marks their feature debuts.

I dare you to pick the ultimate surprise. I bet you don’t. Searching is a most enjoyable ride.