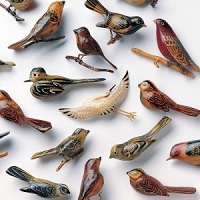 There’s nothing better than when music and art work together and create something special. That’s exactly what Kishi Bashi accomplishes on his fourth studio record Omoiyari. Omoiyari is an art composition that dives into the US’s past internment of Japanese-Americans during WWII and explores the parallels between 40’s America and the current US administration’s actions. The content sounds like it could be a boring history lesson from your worst high school teacher but Kishi Bashi takes this important subject matter and creates a lush musical environment, that at many times is upbeat and definitely memorable.

After the expanding and chance taking electronics on his last album, Sonderlust (2016), Kishi Bashi pulls back into his more comfortable chamber pop floating compositions while now bringing a much more forward indie folk to the front. It works. Two stand out tracks that highlight the folk happenings here is the foot tapper “Angeline” that is easy to sing along with while the closer “Annie, Heart Thief Of The Sea” is a full-on rag time banjo driven knee slapper. Of course, Kishi Bashi’s staple sound swoops in on the wistful “Marigolds” with its echoing harmonies and delicately played instruments. “Summer Of ’42” is another track that could have been on Kishi Bashi’s earlier records with its feverish orchestra strings and his humming along vocals. They represent the type of songs longtime fans came to hear.

Omoiyari can be depressing when you dive into the lyrics but Kishi Bashi’s delivery never opens that door. Near its conclusion, you get the almost instrumental “A Meal For Leaves” followed by the big movie soundtrack sounds of “Violin Tsunami” which together provides some closure to the story. Omoiyari is rooted with its lyrical substance and continually grows with the talented supporting musicians that play on the album while completely maxing out its potential with Kishi Bashi’s vocal perfection. It’s an album that never tires and will sound as fresh 5, 10, or 20 years from now.